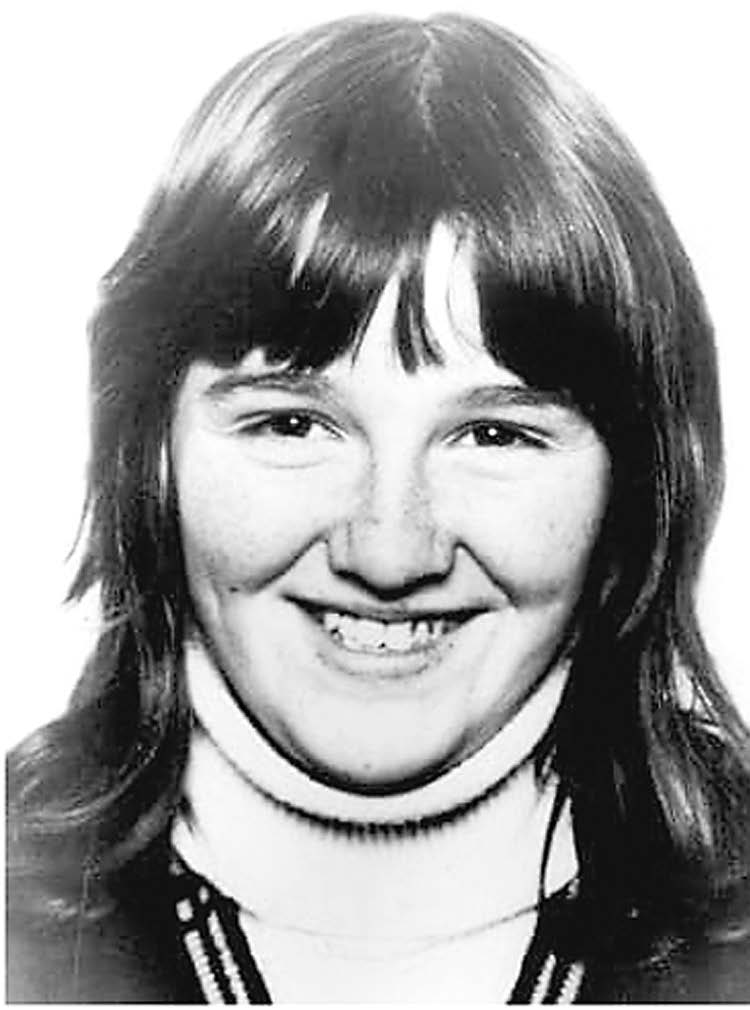 On Tuesday, March 20, 1978 at the age of 12, Denise was abducted, raped and brutally murdered; her body found on the side of a road the next morning.

Her killer has never been identified.

Denise's murder case remains one of Melbourne's most prominent cold cases - the $50,000 reward offered by the Victorian Government still stands for information leading to the apprehension of the person/s responsible - and a crime that has been touted 'highly solvable' in the 40 years since.

DENISE was the third child of Cedric and Carmel McGregor, of Penshurst.

Together with her brother, Shane, and sisters Colleen and Sharon, Denise attended St. Joseph's Primary School.

“The nuns learnt Denise was dyslexic and Sister Luke went on to study in the field of dyslexia and learning problems because of Denise,” Colleen said.

“She was one of the first to even be diagnosed through the school, it wasn’t something a lot of people talked about.

“And there was no help back then either, so she just struggled through it.”

Denise was the first girl to take on the newspaper round in the small country town.

“She was friendly, she would talk to anybody and everyone got on with her,” she said.

Carmel and her daughters had moved from Penshurst in 1977 after her marriage with Cedric ended, while he and Shane remained in Penshurst, where Cedric worked for the Mt. Rouse Shire.

After 12 months in Melbourne, the girls moved from their home in Northcote to Bell Street, Pascoe Vale.

“It was a quiet suburb - there was no drugs and stuff like that around back then - not much crime,” Colleen said.

“We would take the dog for a walk on Sunday's and it was just pleasant; you would hear nice, relaxing music coming from houses.”

Denise was in Form 1 at Pascoe Vale Girls High School at the time of her death.

“I hadn't met any of her friends, but she did have a little 12-year-old boyfriend, like a first crush type thing,” Colleen said.

Carmel worked nights as a nursing aide at the Heidelberg Repatriation Hospital.

Colleen assumed the role of cooking the evening meals and looking after the household while Carmel worked.

On the night of Denise's death, Colleen was out of the house and so Carmel sent Denise and Sharon to get take away for dinner.

DENISE and her younger sister, Sharon, 10 at the time, had walked the 15 minutes along Bell Street to a hamburger shop near Melville Road to buy dinner.

“Back then it was quite common to walk; every kid walked here, there and everywhere,” Colleen said.

They got to within three houses of home when Denise sent Sharon ahead, and headed alone for a nearby milk bar on the corner of Westgate and Anderson streets to buy soft drink they had forgotten.

Denise was last seen alive around 7.10pm on the Monday night, wearing her school uniform - a green check shirt covered by a grey jumper - and brand new Adidas shoes, belonging to Colleen.

“I was 16 and she was my size, because she was always pinching my clothes, which she had on that night.

“She had on my shoes, my brand new runners that I hadn’t worn ... I’d got them for my birthday on March 3 ... and my school jumper.

“Why she put my school jumper on is beyond me.”

An elderly woman reported to police that she had seen Denise returning to the milk bar, walking on the opposite side of the road and 'flicking her hair' in a flirty fashion.

The same woman recalled a man in his mid-30s standing nearby, close to a white van.

Carmel reported Denise missing around 9.30pm, after she had sent Sharon back to the milk bar to fetch her sister.

When Sharon returned, and said she was not there, the pair drove around the streets looking for Denise.

When Colleen arrived home later, around 11pm, they drove the streets again, knocking on people's doors, to no avail.

A woman living at a farmhouse about 600 metres from Denise's body, told a Sun reporter that she heard a noise shortly after 11pm on Monday night.

“I cannot be certain if it's connected, but I heard what sounded like a car door slam on the road,” she told the paper.

Skid marks and tracks were identified near Denise's body, as it was raining in the area overnight.

An autopsy revealed that Denise's killer had attempted to strangle her with her own shoelaces.

Then head of the homicide squad, Detective Chief Inspector Noel Jubb, told The Age that Denise's shoelaces were then used to "bind her wrists behind her back" before a single blow with a heavy, blunt instrument to the back of her right ear severely fractured her skull, killing her.

The Coroner likened Denise's injuries to that of a plane crash victim, such was the brutality of her murder.

Nothing resembling a murder weapon was ever recovered from the scene, but bloodstains less than a metre from her body and the road indicated she was killed on the spot.

“Her body was visible from the road,” Det Chief Insp Jubb told The Age.

“Apparently no attempt was made to conceal her body.”

“I think it was too much for mum; I don’t think they wanted to inflict that on a mother,” Colleen said.

“I suppose it was typically a 'man’s job' that they tended to get, and Dad was in Penshurst.”

Denise was buried in Fawkner Lawn Cemetery on Tuesday, March 28, following a Votive Mass of the Angels at St. Oliver Plunkett Church at 2.30pm.

“The police had a camera set up, filming the congregation and the people coming out,” Colleen said.

“I was one of the first ones to walk out, and there was just cameras and people everywhere, and I wasn’t expecting it, so I went straight back into  the church.”

Police examined the footage later, hoping Denise's killer might show himself among the crowd, wanting to witness family and friends mourning her death.

“I don’t remember feeling like whoever did it to her was going to come back and do it to us,” Colleen said.

“But I do remember, then, going out and looking at every man and wondering whether he had done it.”

DENISE was Melbourne's 14th murder victim in 1978 and fifth that week.

It pre-empted 12 highly-trained detectives to be appointed to the homicide squad, lifting its numbers to 28 - the largest team permanently in the squad since its inception.

Police presence in the suburb was heightened following Denise's death; they scanned the area for any clues, and spoke to Denise's high school friends, but could never trace her movements that night.

“Police were a constant in our house for about a month,” Colleen said.

A caravan calling on public information was set up on Anderson St for the week following the crime, which received 'strong' public response.

“They had a mannequin set up outside the caravan, I never went there,” Colleen said.

“I was still in so much shock, so I didn't want to involve myself, I just wanted to get away from it so I would see it and rush inside.”

One of the last people to see her was Pascoe Vale milk bar owner, Samuel 'Reg' Sinnitt.

Mr Sinnitt, now deceased, initially told family and police he had not seen Denise in his milk bar that night.

He later told The Sun on the Wednesday, that Denise had dropped in on the night of her murder.

“She came in alone and bought two bottles of soft drink and an Easter Egg,” he told the paper.

Neither soft drink nor Easter egg were ever found by police.

At Denise's inquest the same year, police encouraged Sinnitt's attendance as an early suspect, wanting to gauge his reaction to evidence.

He kept to the story that he had seen Denise inside his shop that night, adding that there was a group of young men in their 20s in the shop at the same time.

A police re-enactment that aired on Channel O, during television news services over three nights following Denise's death, triggered public outcry; many reports were tabled to the Broadcasting Tribunal for excessive graphics.

Paul Delianis, then head of the homicide squad, defended the re-enactment.

“We wanted to portray it as realistically as possible,” he said.

“The violence was part of the reality. It was really very much worse than that.”

Colleen recalls Denise's death as “the first of all these schoolgirl murders".

“It was the first I knew of but I suppose until it happens to you, you don’t quite remember,” she said.

“But there seemed to then be a spate.

Robert Arthur Selby Lowe - the man convicted of Sheree Beasley's 1991 murder - was once a suspect in Denise's murder, linking her death with Beasley's, and Kylie Maybury at the time.

In 2001 the case was given fresh attention and again in 2013, when Victoria Police homicide squad cold case unit head Detective Senior Sergeant Ron Iddles told the Herald Sun it was important to have a cold case squad “so that the community actually has faith that we never give up”.

At that time, the cold case unit identified 30 unsolved homicides - including Denise's - it put in the highly solvable category, and Det Snr Sgt Iddles had spoken with the detective then in charge of the case, following “new leads to chase”.

“Having a cold case squad gives hope to families that there is a possibility that the case relating to their loved one will be solved and they will have the final answer as to what happened and who did it,” Det Snr Sgt Iddles told the Herald Sun.

HOMICIDE detectives have assured family members that Denise's case, like all unsolved cases on the homicide squad books, will never be closed until the killer is charged.

Death notices placed in The Sun on Thursday, March 23 from family Denise's family read – “there is a part in our life that is yours alone, a place in our hearts no one can ever own” and from her grandparents – “some day we will understand”.

But no such consolation was given to Jim and Margaret McLure, also formerly of Penshurst, nor Denise's parents, who died in 2000 and 2006 without knowing who was responsible for their daughter's early death.

“Because of DNA we remain hopeful,” Colleen said.

"Eliminating things through DNA and new technologies and advancement in DNA we hope will solve the case.

“We know what happened. But I suppose you want to know whether it was somebody known to the family, or whether it was a stranger and he's done the same to somebody else ... maybe their questions can be answered as well.