A time to bloomin’ win 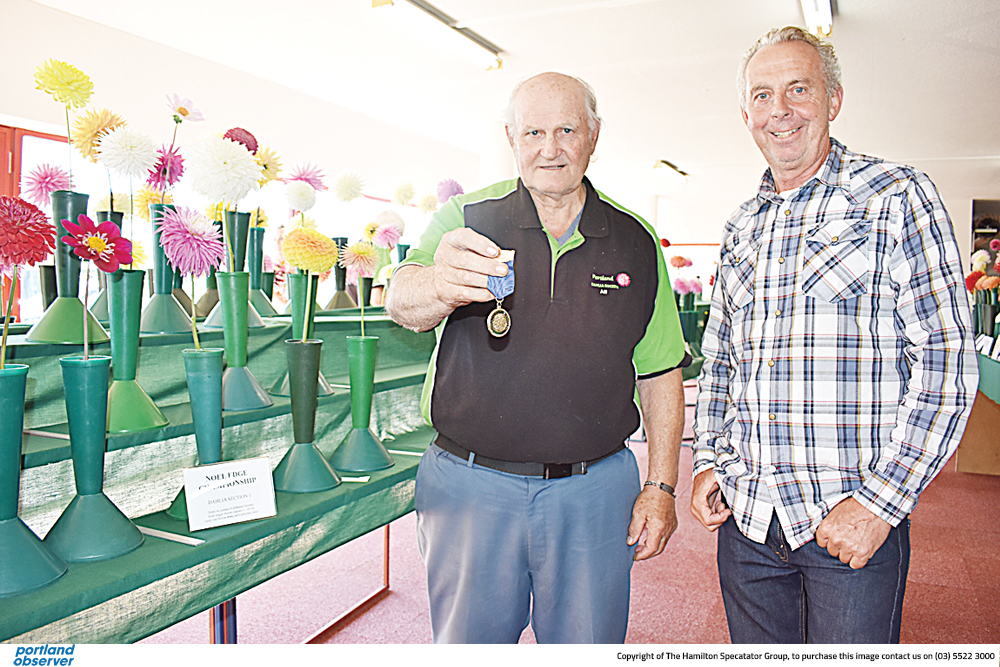 WELL deserved… Gorae West dahlia grower Alf Hardingham is officially a ‘living legend’ after being presented with the Dahl Medal by Dahlia Society of Australia president Warren Vigor (himself an exhibitor at the show) on Sunday. Only five people can hold the medal at any one time. At left are some of the dahlias Mr Hardingham entered in the show. Photo: CHALPALT SONTI
By Chalpat Sonti

IT is billed as Australia’s largest dahlia show and while it might not have been as big as previous years there was still plenty to see in Portland at the weekend.

The 53rd version of the Portland Dahlia and Rose Show was held at a new venue, the former Mighty Cheap building in Henty St, on Saturday and Sunday, due to the Portland Civic Hall being unavailable.