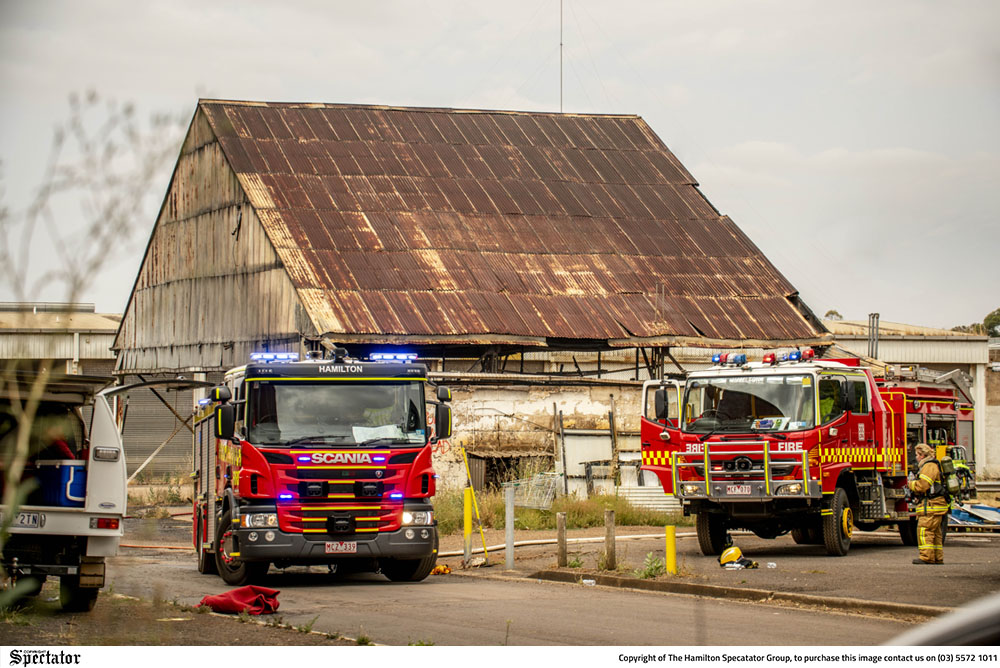 THE old Wannon Fuel service station in Hamilton’s CBD will likely have to be demolished, after it was destroyed in a suspicious fire on Saturday afternoon.

Hamilton Fire Brigade first lieutenant, Andrew Dixon said the brigade was alerted to the fire, which had fully engulfed the building, at 2.48pm on Saturday.

“When we arrived, police were already on scene managing the traffic,” he said.

“We were unable to enter the building because of the intensity of the fire and had to conduct an external attack – essentially we had to fight it from the outside.

“It was brought under control within 10 minutes, which is a good effort.”

Mr Dixon said the fire was being treated as suspiciously lit and the circumstances around the fire were being investigated by Hamilton Police’s criminal investigation unit.

The area surrounding the building has been closed off from the public due to safety concerns, and it is likely the building will have to be demolished.

He said the home’s occupant had started a bonfire in the backyard during a fire danger period, but the fire had been extinguished before the brigade arrived.