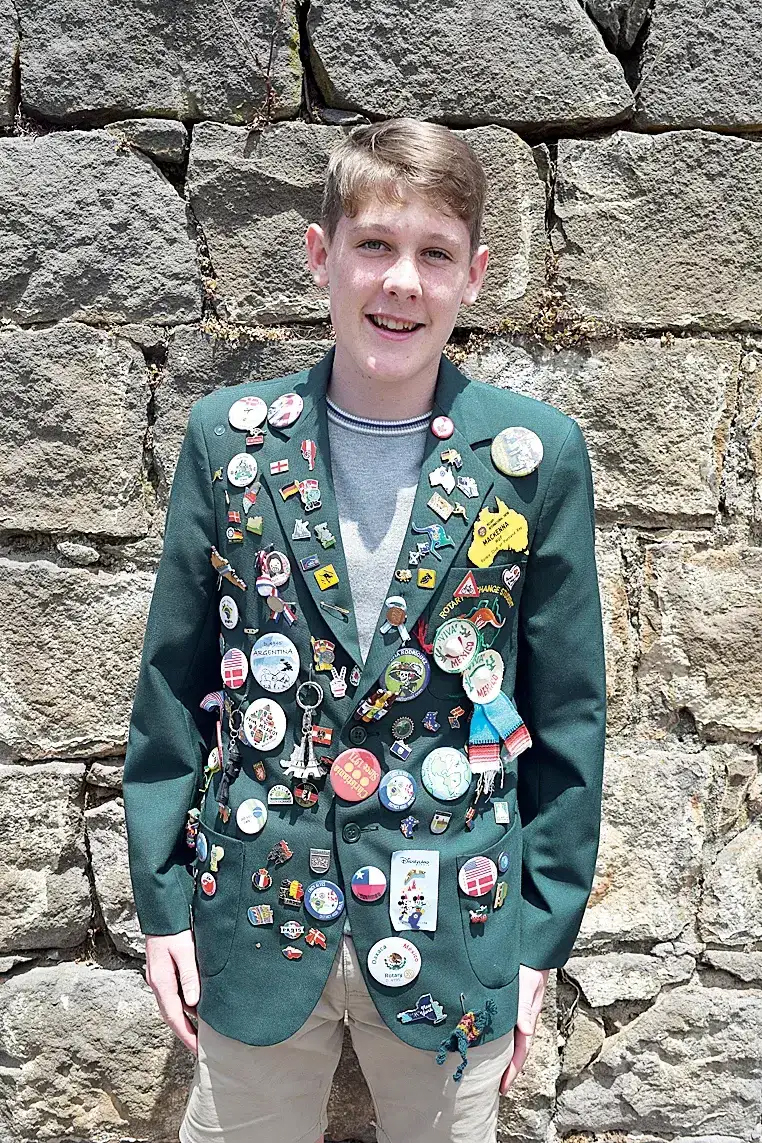 17-YEAR-OLD Mackenna Huf has returned from a life-changing year in Denmark after spending time immersing himself in the culture as part of Rotary Youth Exchange.

It was a whirlwind 12 months for the Bayview student who left his family and lifestyle to experience that culture and life in Denmark with three different host families.

Mackenna lived on a small Danish island, Tåsinge, with approximately 6,000 people, and says it was a great base for his adventures in Denmark.

“For the whole year I lived on the island Tåsinge and that was really cool,” he said.

“It was in the south of Denmark, two hours from Copenhagen.

Throughout the exchange he learned to speak fluent Danish and enjoyed seeing the differences from life at home compared to the way the Danish lived.

“I learnt Danish when I got over there because I knew if I did, I’d get so much more out of my exchange and I was so happy I did,’ he said.

“The language was obviously different and took a bit to learn.

“Danish people as well took a bit to get used to; they’re kind of like cracking an egg open, at first they can come across a bit blunt but once you get to know them, they’re such great people.

“I made so many Danish fiends and got more opportunities with Rotary because I could present in Danish.

“The language, culture, food and history as amazing; my city was 800 years old.

“The school culture in Denmark was so different; there was no uniform and the teachers are really relaxed – it’s more about if you don’t do your work as a student then that’s on you – it was much more about making your own choices for you future earlier.

“It was all technology based over there – we did it all on computers and nothing was handwritten.

“In Denmark they also like to shop for groceries in Germany because there’s no tax; in Denmark everything was really expensive.

“I feel like I’ve learnt so much about a lot of things, myself, geography, other people.”

During his time in Denmark the 17-year-old had opportunities to travel across Europe and get a taste of a number of different countries.

“I did a EuroTour that went for 18 days and we went to Germany, Czech Republic, Austria, Italy, France, Belgium, Holland,” he said.

“That was one of the best times of my whole year; we had about 47 of us young exchange students experiencing Europe together.

“I also went to Spain with my host family in Mallorca for a week and that was amazing and had a chance to visit Switzerland.”

Leaving his newfound home was one of the toughest parts of the experience.

“It went so quick – it doesn’t feel like a year ago when I left.

“It was very hard saying goodbye to my friends and even speaking English again was a bit confusing.

“I’m thinking in English again now, but I wasn’t for my first three days back in Australia.

“It’s good to be with my friends again and be back home but I already plan on going back to Denmark in three years.”

HRBA’s request hit on head by council
10 hours ago

A maroon Vickery
10 hours ago

A close look at our FOGO
10 hours ago

Supporting rural communities to get the jab
10 hours ago