No time wasted with Baimbridge upgrades 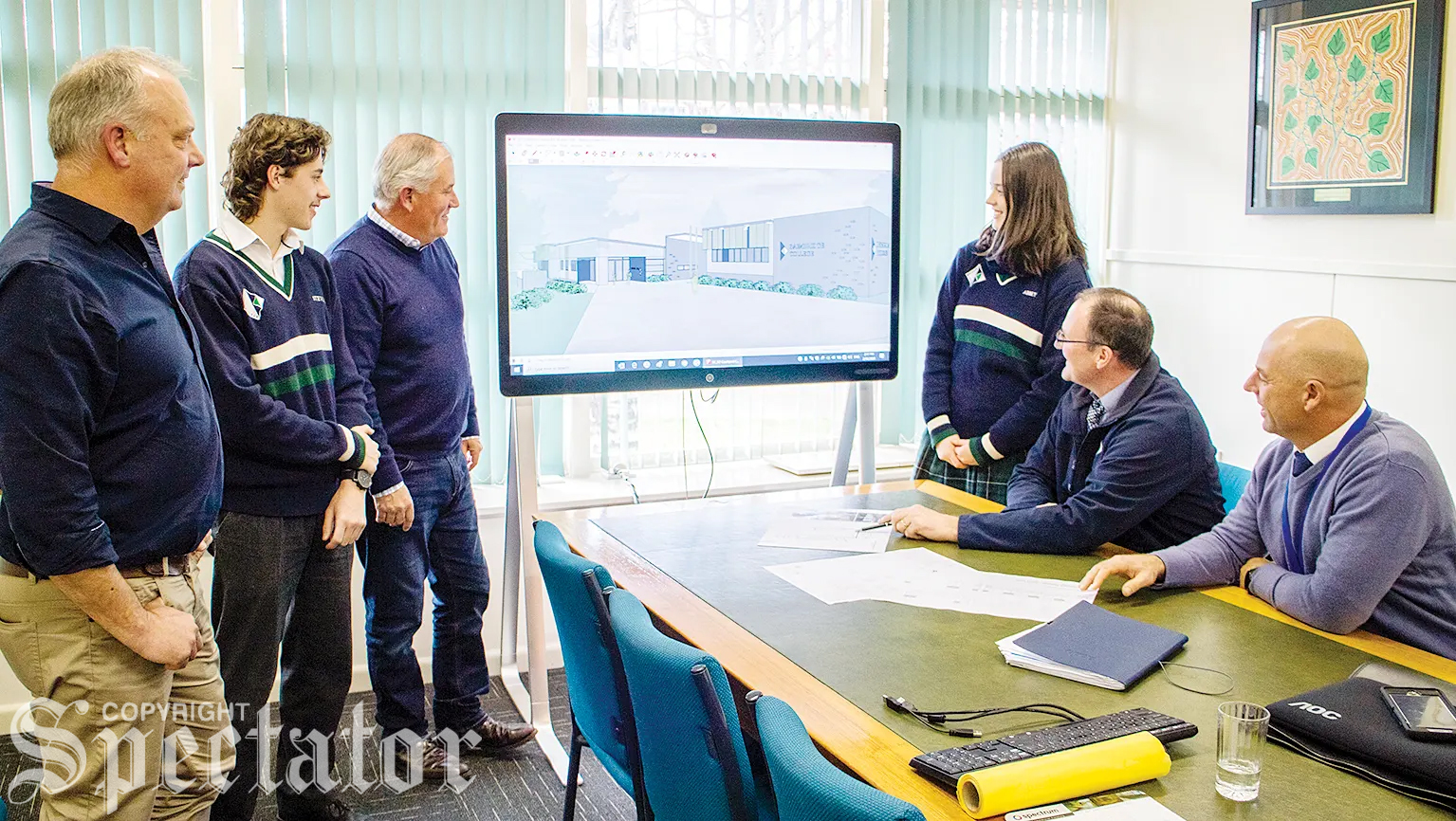 BAIMBRIDGE College has moved quickly to start planning for its upcoming $8.3 million upgrade, with school staff and students meeting with architects to discuss designs this week.

The State Government committed $8.3 million to the redevelopment last month as part of its plans to stimulate the construction industry post-coronavirus (COVID-19) and principal, Warwick Price said the school had wasted no time in getting started.

Architects, Morton Dunn Architects, presented the 3D designs of the new building to school staff and student leaders on Tuesday, with department heads putting forward their ideas for what resources and facilities they wanted to see included.

“It is a long overdue project but being able to see the 3D design sketches and the smiles on our student leaders’ faces is certainly pleasing,” Mr Price said.

“It’s all systems go now … the architects now have six weeks to get the detailed designs down.

“We’re expecting the demolition work – they call it the early works package – to start in September.

“We’re thrilled to be able to get started on the redevelopment.”

The first stage of the redevelopment will see a new building, containing wings for food technology, science, materials technology, including woodwork and metalwork, and administration built on the west campus.

“The state-of-the-art buildings will finally allow the school to match its evolving personal learning, including the new augmented middle school elective program, with architecturally-designed learning studios,” he said.

It is expected the first stage of the development will be completed by the start of the 2022 school year, with demolition at both campuses due to be done by the end of the year.

The current administration building on the west campus will be demolished ahead of stage one works, and Mr Price said the plan was to move affected staff and services into the library for the next 12 months.

“We’ll be refurbishing the library, with both a short-term and a longer-term focus in mind,” he said.

“There will be some work to make it a shared space for the library and the staff currently housed in the administration building in the short-term and then there will longer-term improvements for when it’s returned to a library.”

With demolition works happening across both campuses, one building that won’t be affected will be the old Hamilton High School’s two-storey administration building, with the school informed this week the building had been recognised as a historically significant building by Heritage Victoria.

“This is a pleasing result for the Baimbridge School Council, along with many in our community who have an emotional connection with the previously named Hamilton High School and would have felt conflicted at the thought of potential demolition,” Mr Price said.

Mr Price said the development wouldn’t impact other “sensitive landscape areas such as the indigenous garden and trees of significance”, which will be retained in the new designs.

Once the stage one works are completed, Mr Price said focus would turn to funding for other stages of the school’s master plan, which would see new hard court surfaces constructed to give students more opportunities to play outdoor sports.

The school has also been busy over the COVID-19 shutdown, with staff taking the opportunity to do some of its own upgrades while students were remote learning.

Mr Price said the school had done its own work to refresh the Barbara Critten Music Centre and its “dungeon performance hall”, music, arts and drama facilities.

He said the school and the architects would hold community consultation in the coming weeks while the project was still in the design phase.

“The entire school community is very excited by the prospect of the new works no longer being a dream but now fast becoming a reality of which everyone in the Hamilton district can be proud,” Mr Price said.