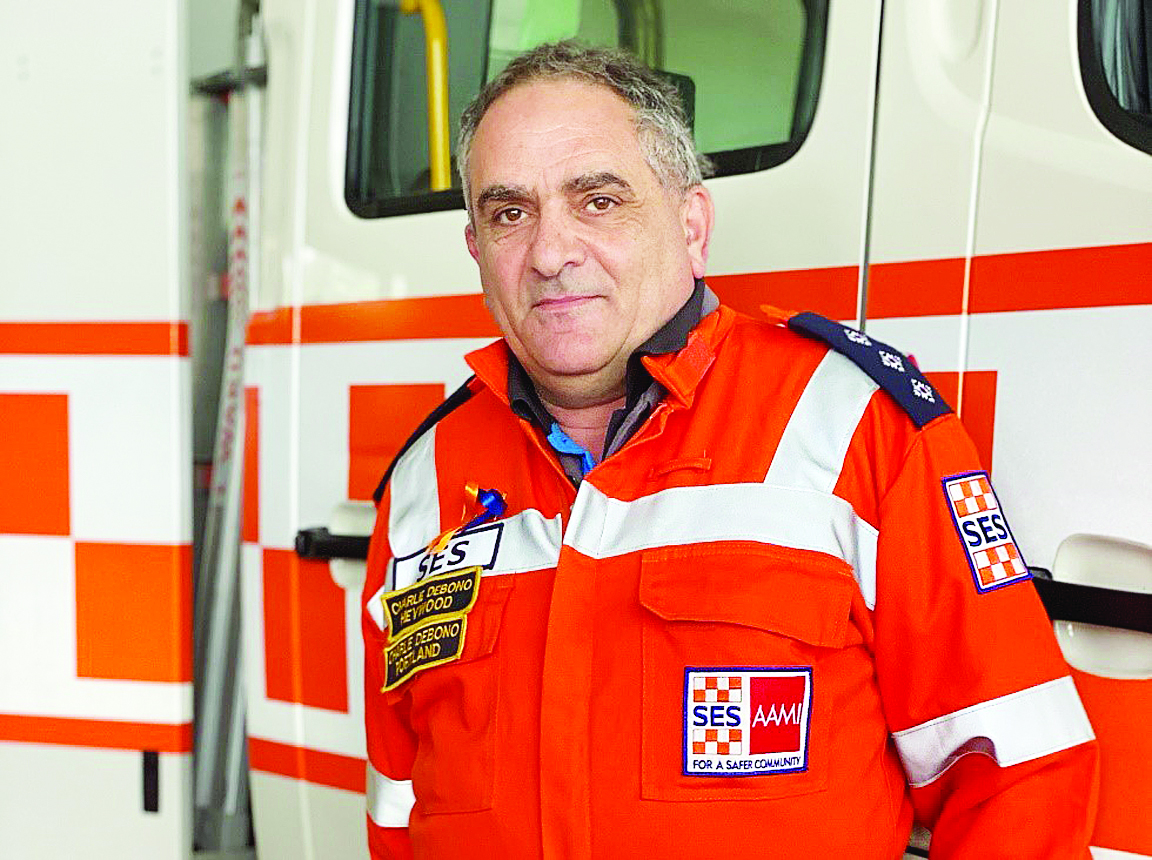 Charlie Debono now in charge of Portland and Heywood SES

He is also a long-time Portland SES volunteer, and said Portland is “full of dedicated and loyal people.”

“It’s great to be part of this unique process (of dual control of two units); I’m confident that two regional VICSES units can run well with one joint controller,” Mr Debono said.

Outgoing Portland unit controller Bernie Stiles decided not to continue the leadership role after four years in the job, but said she would continue as a passionate Portland SES volunteer.

“I wish Charlie all the best, he will do a fantastic job,” Mrs Stiles said.

“He’s got massive respect from so many people - Charlie really is the perfect person to be a dual controller.

“We are lucky to have such an experienced and passionate group of people at Portland unit.

“The support is amazing, and you never feel alone.”

Mr Debono said Heywood SES has had a big boost in membership recently and he hopes Portland SES can have some similar recruitment success now to complement the team.

“Being a dual controller, I’m determined to make sure volunteers get the most out of training at both units, and feel part of the VICSES family,” he added.

To learn more about training with SES, go to ses.vic.gov.au/volunteer.

Portland SES volunteers have attended 70 requests for assistance in the past 12 months, and Heywood SES have had 52 jobs.

Their tasks included assisting the community after road accidents, clearing trees falling on roads or properties and managing flood damage after rain.