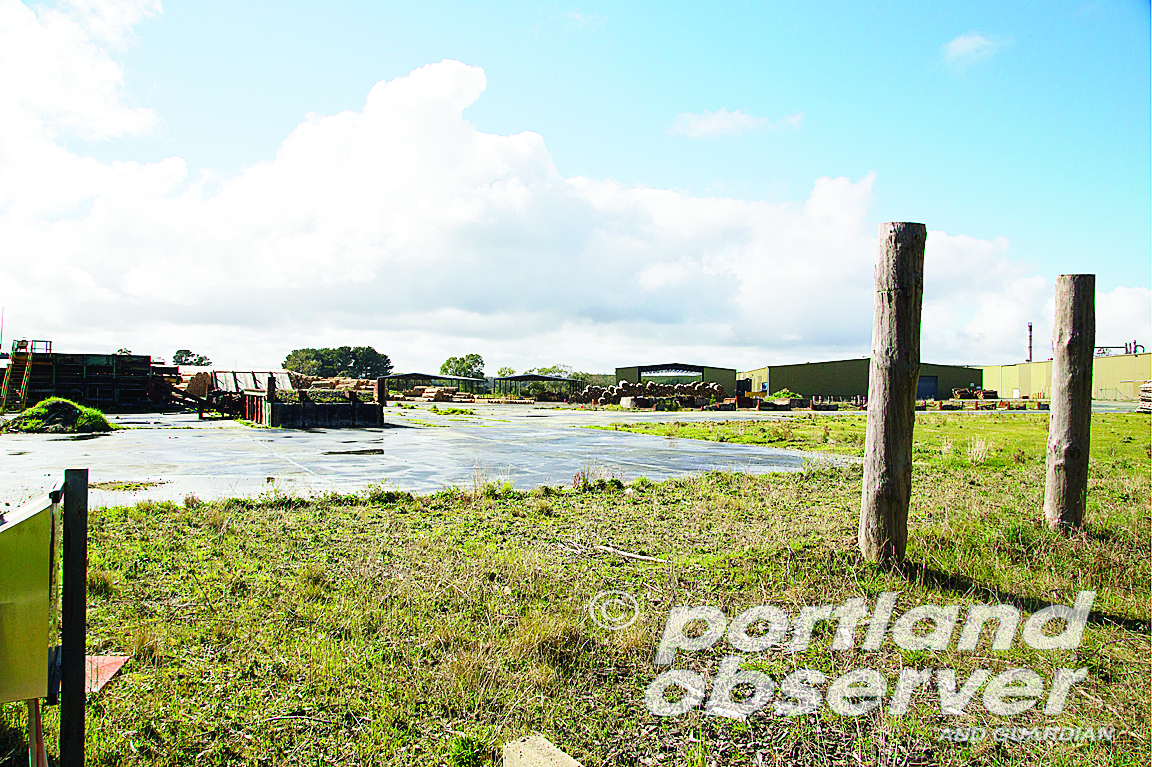 AN expansion in opening hours is on the cards for the Alliance Timber Group mill at Dartmoor. Picture: LEESA COOK
By Chalpat Sonti

DARTMOOR looks set to receive a major boost with one of the area’s largest employers eyeing off a significant expansion.

Alliance Timber Group is looking to significantly boost its workforce at the same time it also received two unexpected boosts from the coronavirus pandemic – which ironically saved it from reducing staff.

The Dartmoor mill site is looking to extend its opening hours to 6am to 10pm seven days a week, as opposed to 7am to 4pm at present, and has lodged an application with Glenelg Shire Council.

“Whilst it looks not very tired, just being left to sit there for 10 years is not doing it any favours,” he said.

Alliance bought the mill in 2018, about 10 years after being closed by former owner Carter Holt Harvey.

About a year earlier Alliance leased the former McVilly Timber yard at Mumbannar, later moving operations in to Dartmoor where it also revitalised the local economy.

Mr Montgomery said Alliance now employed about 21 people at the site, and if the opening hours were extended there would be more.

“It’s good for the town but we’ve got to extend the opening hours so we can grow the business and get it firing again,” he said.

“If we get the go-ahead we can start as soon as we get the green light and start a second shift.”

The company specialises in roundwood products and was benefitting from a demand in fenceposts, particularly after the summer bushfires.

While it supplied treatment plants in Victoria and South Australia, it also wanted to make use of a similar facility at Dartmoor.

“We’re working on recommissioning that at the moment,” Mr Montgomery said.

“We do have another site at Terang which is fully functioning, but we want to be able to treat at Dartmoor and ramp things up there.”

The coronavirus had, rather unusually, been largely positive.

And it couldn’t have come soon enough, thanks to the slump in the woodchip export market.

“Whilst it’s all doom and gloom for the coronavirus, for our business the export market dying off has been fantastic,” Mr Montgomery said.

“Before that happened the timber companies didn’t want a bar of us, and we couldn’t get any timber off them.

“We tried for years and we couldn’t get anything but as soon as the export market fell off a cliff now they all want to sell to us.

“If that hadn’t happened we’d probably only have eight staff working at Dartmoor, because we couldn’t get any wood.

“But getting access to wood now, we can employ more people.

“It’s all very exciting and it’s great to breathe some life (into Dartmoor and district).”

Staff also haven’t been impacted by coronavirus restrictions, despite about half coming from Mount Gambier, with the rest locals.

While the South Australian government recently briefly introduced tougher restrictions, Alliance Timber had been one of three businesses given special dispensation to allow staff to cross the border, but now all were within the 40km restriction zone, Mr Montgomery said.

Apart from Dartmoor and Terang, Alliance also owned sites at Mount Gambier and Nangwarry in SA.

Nangwarry was the largest site the company owns, sitting on about 28ha (70 acres), and was leased to timber products producer Timberlink, Mr Montgomery said.

The Mount Gambier mill was bought from Carter Holt Harvey last year and was the site of a major fire recently. It is being demolished.