Walking it out for Parkinson’s disease 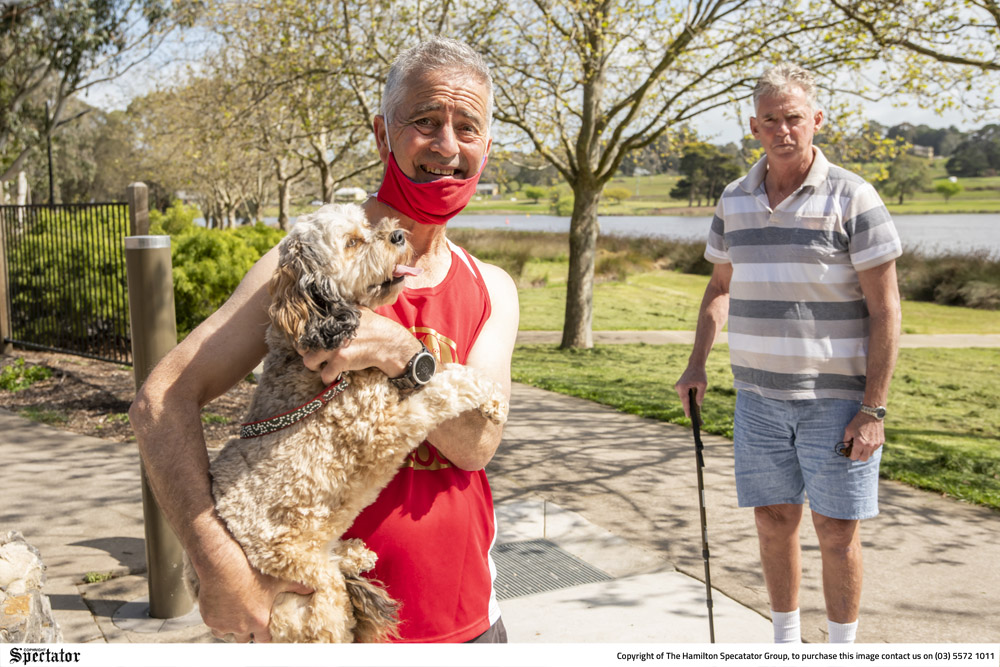 DAVID Rendell, Polly and Rob Horsburgh are teaming up to raise money and awareness for Parkinson’s disease through the 27 for Parkinson’s challenge this month. Photo: CHRIS DOHENY
By Adam Hill

A GROUP of locals is taking up the challenge of raising much needed funds and awareness for Parkinson’s disease.

Coleraine’s Rob Horsburgh and his family have teamed up David Rendell, Rick Purvis and Peter Schroder to form ‘Rob’s Gang’ to take on the 27 for Parkinson’s challenge.

The challenge will see each member of Rob’s Gang commit to walking or running each day for 27 days straight during October to support the 27,000 Victorians living with Parkinson’s disease.

Each of the group’s members either live with Parkinson’s disease or have been seen it affect someone they are close to.

“We’re doing it to help support people with Parkinson’s, but there’s also a very selfish reason too.

RSL hopeful parade will go ahead
15 hours ago