The beauty of roses proves popular 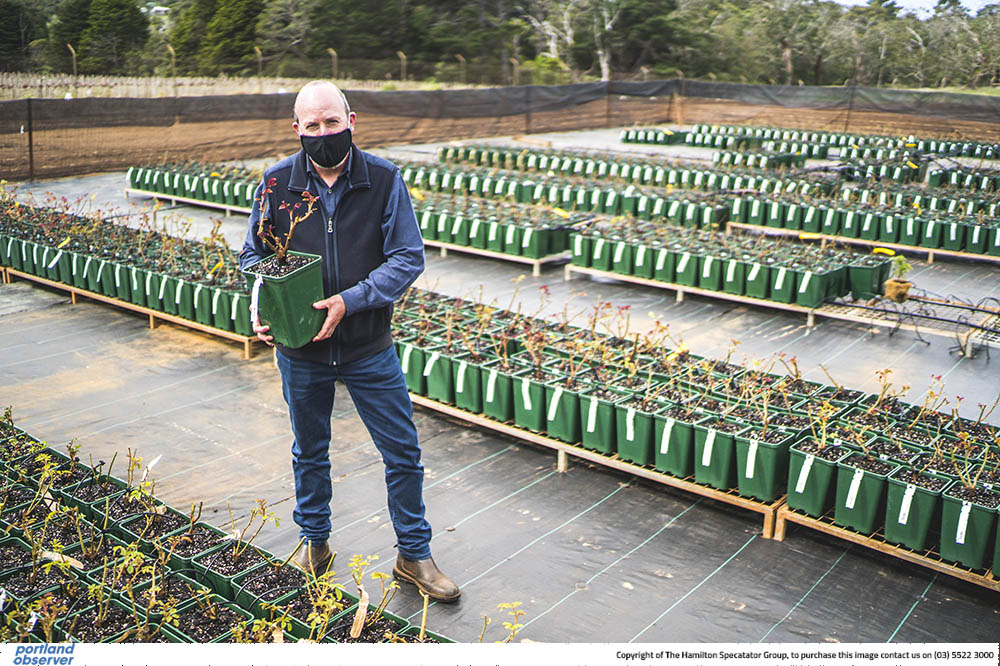 TRELOAR Roses director Gary Matuschka is happy with the demand for their potted roses after a huge winter selling their bare root roses. Picture: MICHAEL PETERS 200930MP05
By Rani Kane

THE busy rose season continues for Treloar Roses after an unprecedented year for sales of bare root roses and potted roses.

It was a sell-out bare root rose season for the organisation after the coronavirus pandemic has encouraged people to invest in their gardens.

Within months of the sales going online Treloar Roses were sold out of the popular variety in one of their busiest years ever recorded.

Treloar Roses director Gary Matuschka said the timing of the pandemic alongside the start of their rose season pushed sales through the roof.

“I guess when Victoria first went into lockdown in March, that’s when we had our bare root roses selling on our online store,” he said.

“The significant timing was a massive coincidence with our winter season coinciding with people heading into lockdown.

“We noticed more people wanted to be out doing gardening because they were spending so much time at home.

“From the start of winter until the end of August we’re usually very busy but this was something else.

“All the extra orders meant extra processing time and other tasks and obviously we can’t extend our season so all of a sudden we were overwhelmed with massive orders – it’s a huge complement to the work of our staff.”

The busy year hasn’t stopped for the business with their potted roses season also proving popular, with plenty of work still to be done.

“The only thing that held us back from being busier during that wintertime was that we ran out of stock,” Mr Matuschka said.

“So because of that we had some disappointed customers who missed out but we have our potted season coming up and we anticipate that will be busier than ever, we’ve potted up more roses than ever before.

The boom in business isn’t taken for granted with Treloar Roses thankful for the interest during what has been a difficult time for many.

“The year has been pretty positive for us and we definitely recognise that,” Mr Matuschka said.

“We’re lucky to have been so busy when other people couldn’t; in saying that we’ve done a lot of work to make sure we’re sticking to COVID19 regulations.”