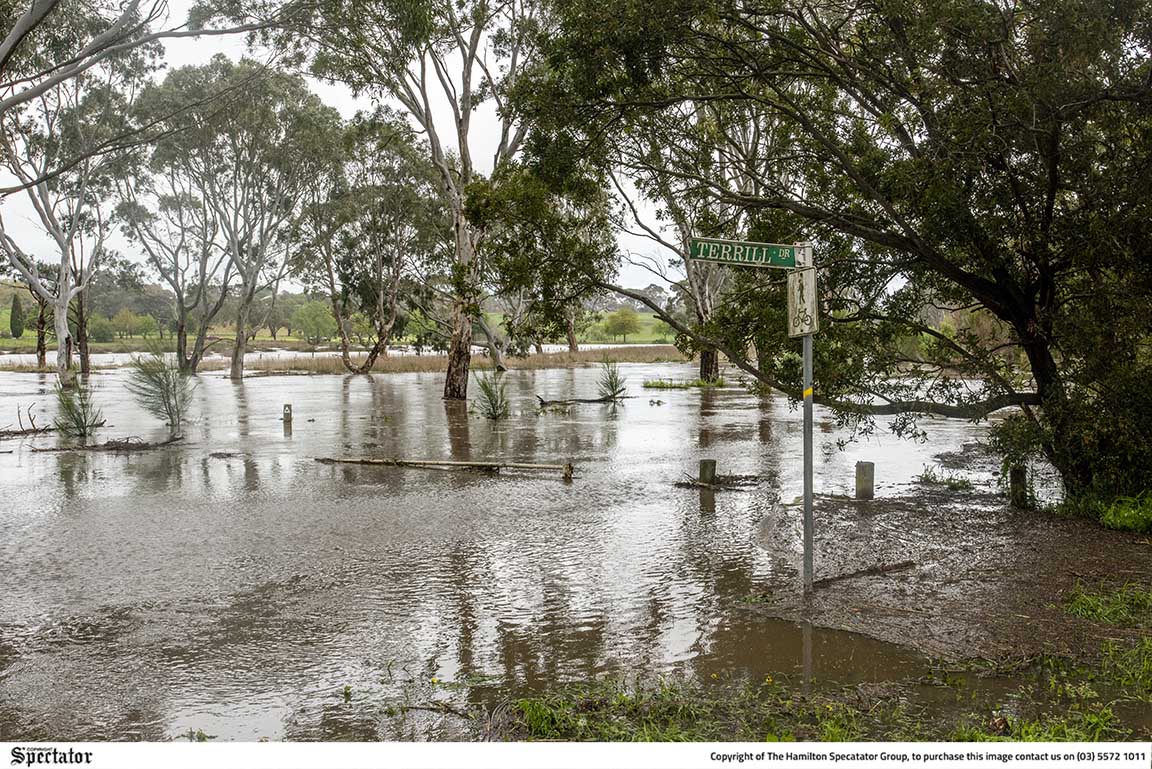 THE Coleraine Caravan Park was evacuated on Thursday night as heavy rains lead to flooding in the town.

A caravan park resident told The Spectator he had been told to evacuate by SES members about 10.30pm as Bryan Creek flooded.

“(The water) filled up the caravan park – it was about two feet deep,” he said.

“The SES came at 7.30pm to tell us to watch out and keep an eye on the floods, because it was coming in – we didn’t realise it was going to get that far.

“By 10.30pm they came around again knocking on our doors and said, ‘come on, pack up your stuff, you’ve got to leave,’ so we took our caravans out and parked out on the street overnight.

“When I went out onto the street, it was definitely two-foot deep for sure, and the grounds (Silvester Oval and the Turnbull Street netball courts) were all flooded – it wasn’t a joke.

RSL hopeful parade will go ahead
14 hours ago