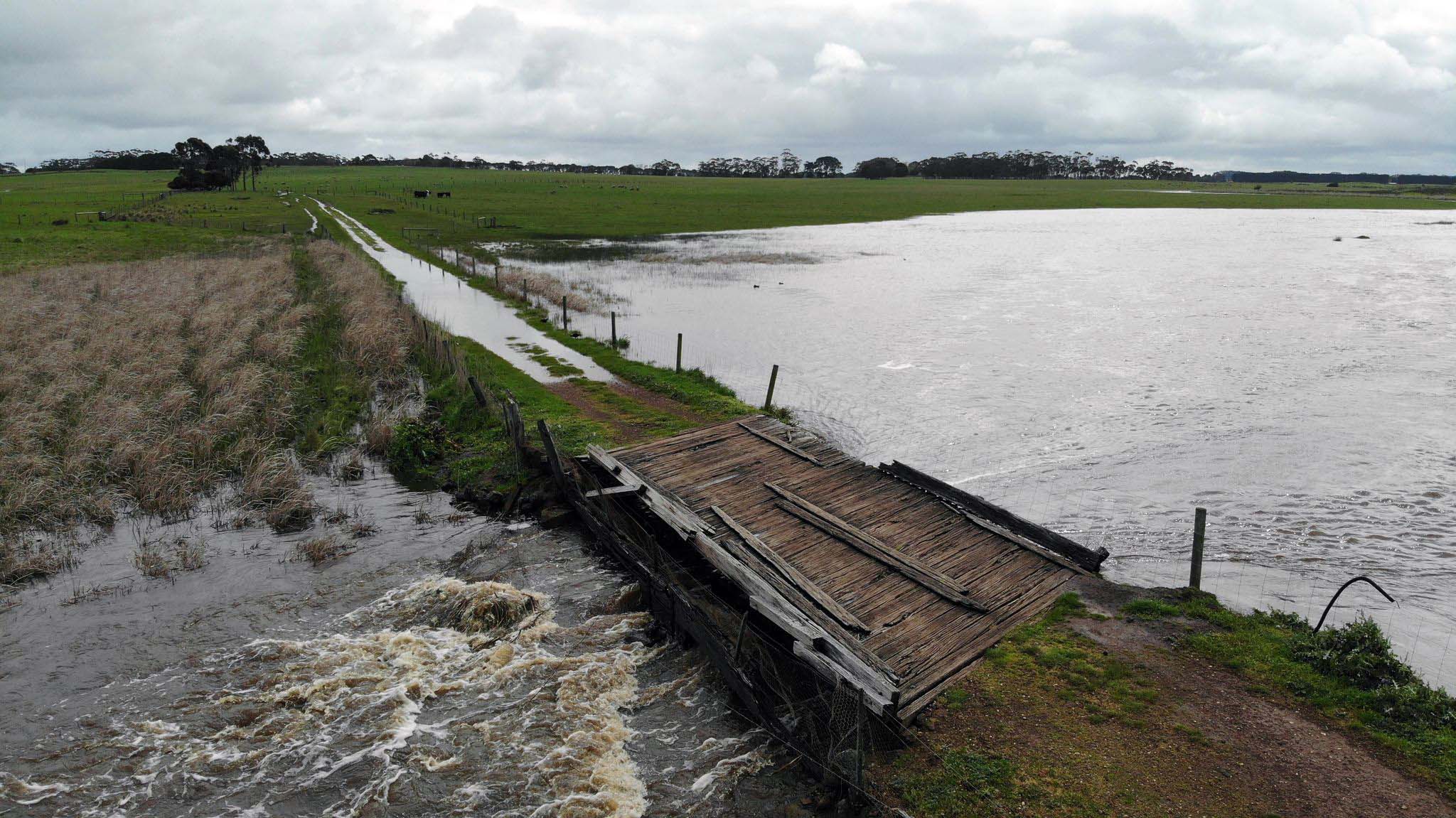 A BROADWATER farming property was left flooded after substantial rains were recorded across the south-west late last week. Photo: SUPPLIED.
By Allanah Sciberras

OVER 80mm of rainfall fell in south-west last week resulting in flooding in the Glenelg, Moyne and Merri River catchments.

Between Wednesday and Friday, rivers continued to rise with flood warnings issued for Port Fairy, Coleraine and Casterton.