Voters keen to have their say 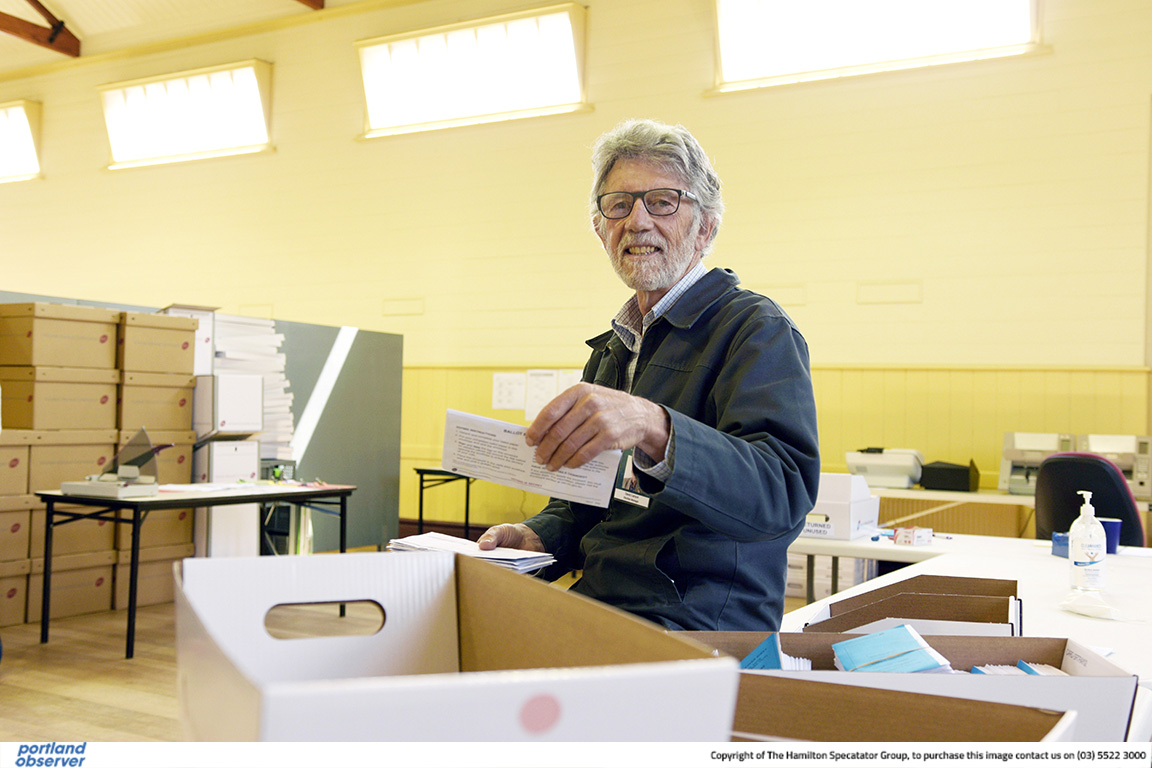 “VOTE early and vote often” is a standard joke for success at election time, but electors in the Glenelg Shire Council poll are certainly fulfilling the first part of the saying.

While voting forms were only sent out last week, about 2200 had been received back as of yesterday, out of a total possible roll of about 17,500.

Of those, about 60 have been rejected for not meeting part of the criteria, such as being incorrectly filled out, while a further 170 were returned unused (the voters had left the district).

It’s an impressive number considering at the last election the voter turnout was about 78 per cent (those on the council roll, such as non-citizens who are ratepayers, do not have to vote), meaning possibly about 17 per cent of ballot papers have been received in the first week.

Glenelg Shire Council election manager David Lanyon and his team have been stationed at the Drill Hall in Portland since ballot papers were sent out, and they’ve been pleasantly surprised by the response.

“We did a calculation when the (ballot papers) were being sent out and we thought that maybe by (Wednesday this week) they’d be ramping up.

“But we got them back almost immediately. They’ve been coming in faster than we expected.”

Last week’s rains have added another factor to the poll.

“The mailout corresponded with that incredible storm we had, and we’ve had an unusual number of replacement requests where people have ended up with papier mache instead of envelopes,” Mr Lanyon said.

While the postal vote means there is no in-person voting on the official polling day of Saturday, October 24, much of the rest of the process is unchanged – unlike state or federal elections it is entirely administered locally.

One difference is that the counting will also be done locally instead of going offsite.

There is an office staff of four at the Drill Hall, who will be joined by a specialist count team of eight when counting begins.

Following that data entry operators will be brought in to key the ballot papers into the Victorian Electoral Commission computer.

“They’ve given a longer period for the receival of mail after the closing date (^pm on Friday, October 23), and there’s a whole further week after the Saturday that we can receive ballot papers,” Mr Lanyon said.

“It goes into the following week where we process the minor things such as the replacement votes and the counting should end possibly on (Wednesday, November 4).

“But in terms of the actual declaration, whether that’s going to occur straight after the end of the counting, we’re not sure yet.”

The VEC has said results will be declared by Friday, November 13, though that would vary by council. Rechecks and recounts can also extend the timeline, but a more detailed one will be made available before the poll closes.

While the election is a postal affair, voters can also drop their ballot papers off in-person at the Drill Hall, which is open 9am to 5pm on weekdays. It will extend its hours to 8pm on Thursday, October 22, and 6pm the following day.

Rowers among Victoria’s best
17 hours ago

Under-12 Hurricanes girls fall short of victory
17 hours ago