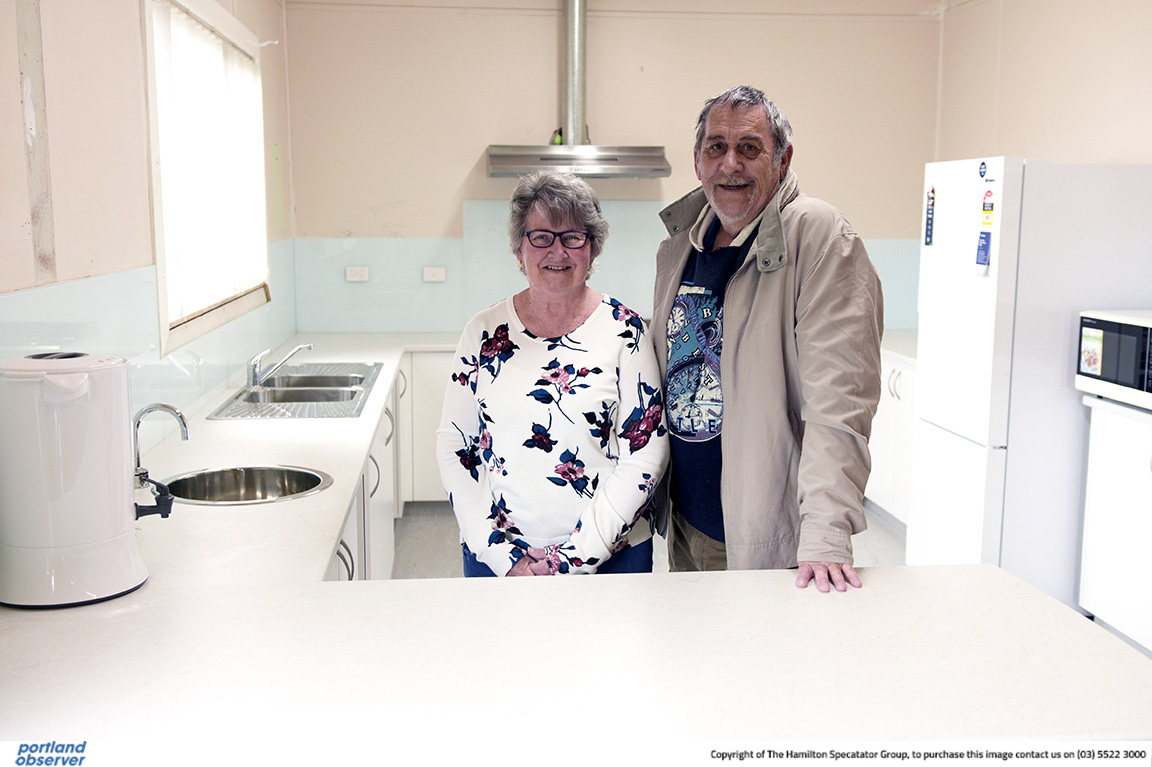 COOKING along… Jenny and Graeme Sansom with the brand new kitchen at the Narrawong Mechanics Hall. Picture: KAREN HODGE 201019kh04
By Chalpat Sonti

IT has been two years in the making and now Narrawong can finally celebrate a new kitchen at the Mechanics Hall.

Well, sort of. The hall is still closed for public events until coronavirus restrictions change, but with only a coat of paint to go, volunteers can finally relax after a big fundraising effort saw them cover the $27,000 cost.

And the two volunteers celebrating most are Jenny and Graeme Sansom.

Mrs Sansom, the hall committee treasurer, first got plans in motion when she submitted the kitchen replacement as part of the state government’s Pick My Project initiative in 2018.

That was unsuccessful but it began the fundraising effort which has seen the project receive grants from the likes of Glenelg Shire Council, Port of Portland, Wannon Water, Heywood and District Community Bank and United Way Glenelg.

Narrawong District Association and the Mouth2Mouth committee also chipped in with significant contributions and there have also been traditional fundraisers such as an auction and movie night.

The old kitchen, built in 1986, was in dire need of replacing for what is a popular community venue, and the new one is a lot more open.

Mr Sansom has been a regular at the hall working on the project, even despite a recent knee operation, with the old kitchen demolished in May.

“It was just easier for both of us to come down and do a lot,” Mrs Sansom said.

“Everything’s been done locally as well, Portland Home Improvements did the kitchen and Bruce Clarke was the electrician.”

Now for a community celebration – but that will happen once restrictions ease.