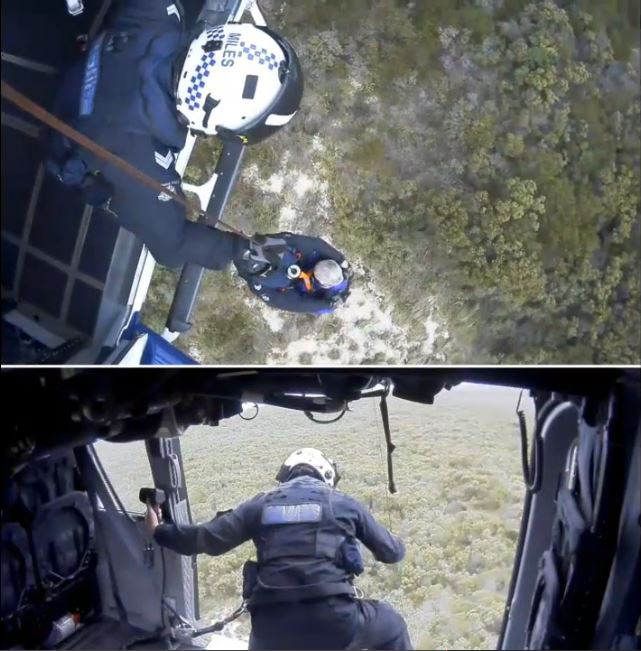 VICTORIA Police’s Air Wing helicopter rescuing a hiker who was missing for more than 24 hours in bushland near the Great South West Walk on Saturday. Photo: SUPPLIED.
By Ash Bolt

SOUTH-WEST police were kept busy over the weekend, after a hiker went missing near Nelson on Friday.

Victoria Police’s Air Wing unit was called in after the 62-year-old man went missing while hiking along the Great South West Walk on Friday morning.

A Police Media spokesperson said by the afternoon the man had started to run low on supplies, so he decided to take a shortcut through thick scrubland to try and find a road.

He became lost and after managing to only travel 200 metres through the dense bush and boggy terrain, he called emergency services for help about 2.45pm.