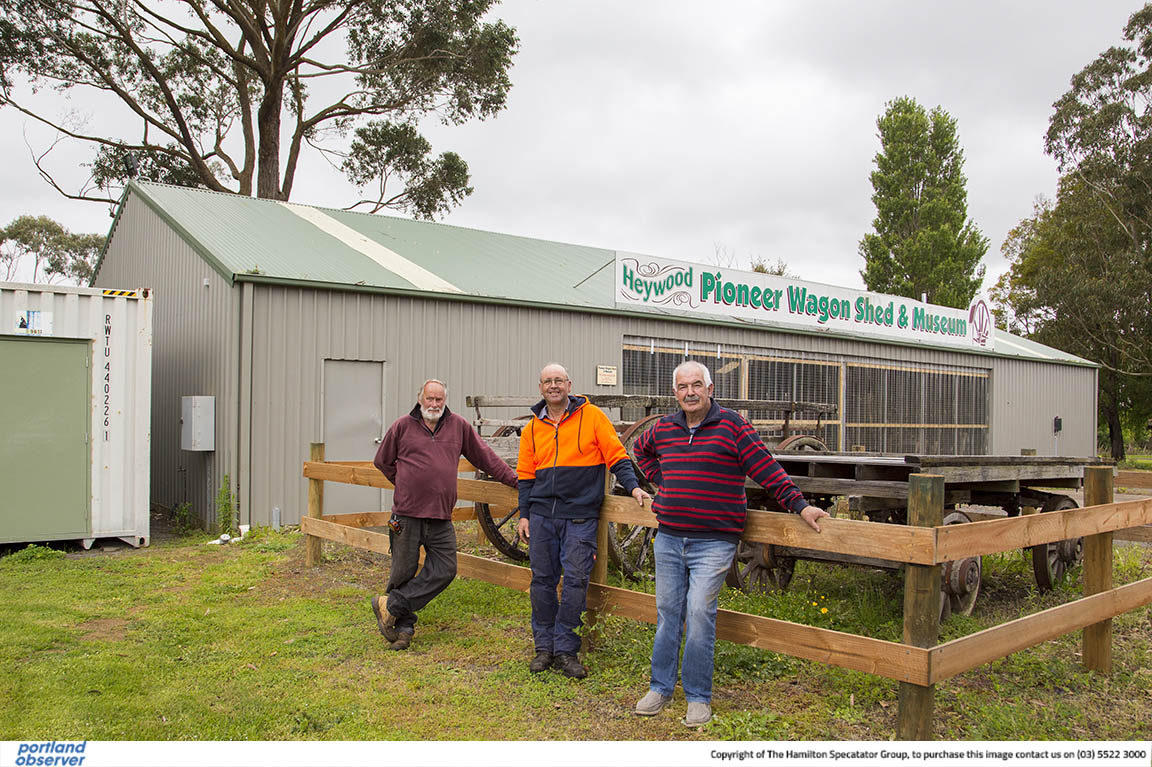 A MAJOR expansion of one of Heywood’s main tourist attractions has received a substantial boost – and it is likely to be the first step in a plan to see it play an even bigger role in the town.

The Pioneer Wagon Shed and Museum has received funding through the same federal government program that has in the past week seen substantial upgrades for Hanlon Park in Portland and a rail trail project in Dartmoor.

They have been funded from a $2.2 million grant that Glenelg Shire Council received for community infrastructure and local roads.

The museum will increase in size by about 144 square metres in order to house a fast-growing collection of historical exhibits, as well as further showcase the South West Trucking Wall of Legends.

Like the other two funded projects, the Wagon Shed was in the box seat to receive funding as it was ‘shovel ready’, a key federal government requirement.

Museum committee president Rex Matthews said the project had been costed about $84,000.

It would be an L-shaped extension around the western and southern sides of the existing shed, and open on one side for easy viewing.

“We’re going to get a fair bit of area to use to house trucks and wagons and other stuff we acquire,” he said.

“And it will free up space inside for other smaller displays.”

A shipping container was moved on to the site earlier this year to house some exhibits that couldn’t fit into the existing shed, and it would remain.

The existing shed houses profiles of all the truckers on the legends wall, and those would be moved to the outside of the new extension, near the wall, to provide better connectivity for the public, Mr Matthews said.

With dedicated social media sites seemingly sparking a greater interest in local history, the museum could build off that – more photos being one example.

Committee member Alan Lewis said the museum had no shortage of potential exhibits.

“We’ve got people all the time wanting to give us stuff, but nowhere to put it,” he said.

Plans are to turn the area around the museum into a tourist precinct of its own – while the coronavirus pandemic restrictions have affected that this year, the committee had begun running successful markets, campervans and caravans increasingly used the grounds and the possibility exists that a further expanded museum could be used by other groups.

“We agree that it should be turned into a tourist precinct and this (extension) is going to help make it one,” Mr Matthews said.

“It’s a great thing for Heywood.”

He thanked the council for its support for the project – the plans have already been drawn up and when tenders are let work is expected to start as soon as possible.

Expanding the family boundaries
17 hours ago

Ned claims Dash for the Green Sash win
17 hours ago