The Passage moves, renovates and reopens through pandemic 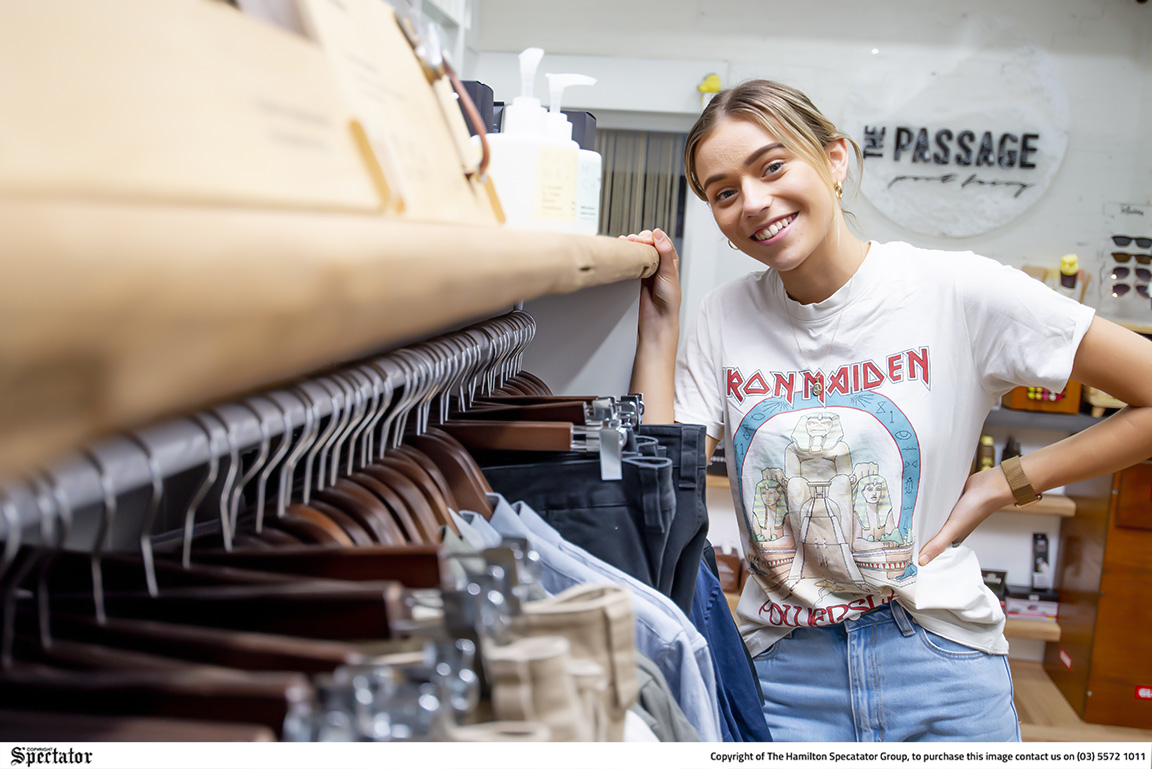 THE Passage’s social media and marketing manager, Maya Saunders is excited to see what the next few months bring for the business as it expands its social media presence. Photo: CHRIS DOHENY.
By Allanah Sciberras

WHEN COVID-19 hit, Port Fairy clothing store, The Passage was in the middle of a store re-location and renovation.

For co-owners, Regan and Davina Luhrs, the climate was less than ideal but after local and family support, the team officially opened the new store last week.

Regan said they decided to relocate from the original store on Sackville Street after a desirable location became available which provided more space and opportunity for the brand to grow.

“We purchased two shop spaces next to each other on Bank Street, so we went into a pop-up space in one store as we renovated the space next to it,” she said.

“We moved into our new store as it provided us with optimal foot traffic that we were not getting in the old store and we really wanted the ability to have merchandise in our windows and get more visibility.”

Regan said it had been a “brilliant transition” for the store.

“We are now moving away from being the ‘surf shop’ and moving into men’s and boys’ clothing because there is a real gap in that market, we just thought that was a no brainer really,” she said.