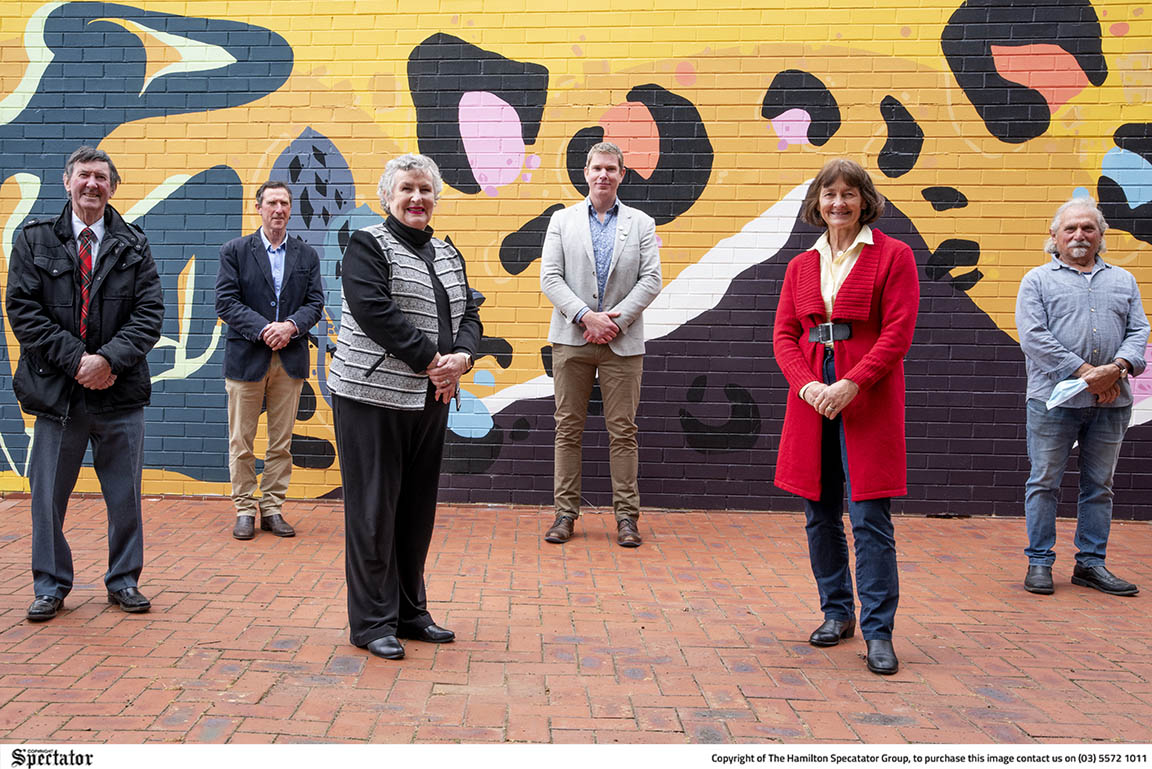 THE election results are in with (from left) Greg McAdam, David Robertson, Mary-Ann Brown, Bruach Colliton, Katrina Rainsford, Albert Calvano and Helen Henry (absent) elected as the seven members of the Southern Grampians Shire Council for the next four years. Photo: CHRIS DOHENY.
By Ash Bolt

THERE are three ‘new’ faces on the Southern Grampians Shire Council, with the Victorian Electoral Commission declaring the shire’s election results on Thursday.

David Robertson, Helen Henry and former councillor, Bruach Colliton were elected to the council for the next four years, where they will join returning councillors, Mary-Ann Brown, Albert Calvano, Greg McAdam and Katrina Rainsford.

Mr Robertson was the first councillor elected after receiving 14.2 per cent of first-preference votes.

Mr Robertson said it was a “privilege and honour to serve the Southern Grampians community”.

“It’s a bit humbling to be the number one voted in,” he said.

“It’s my first go at the council and I’m looking forward to the challenge and hopefully I can live up to the expectations that people have put on me.