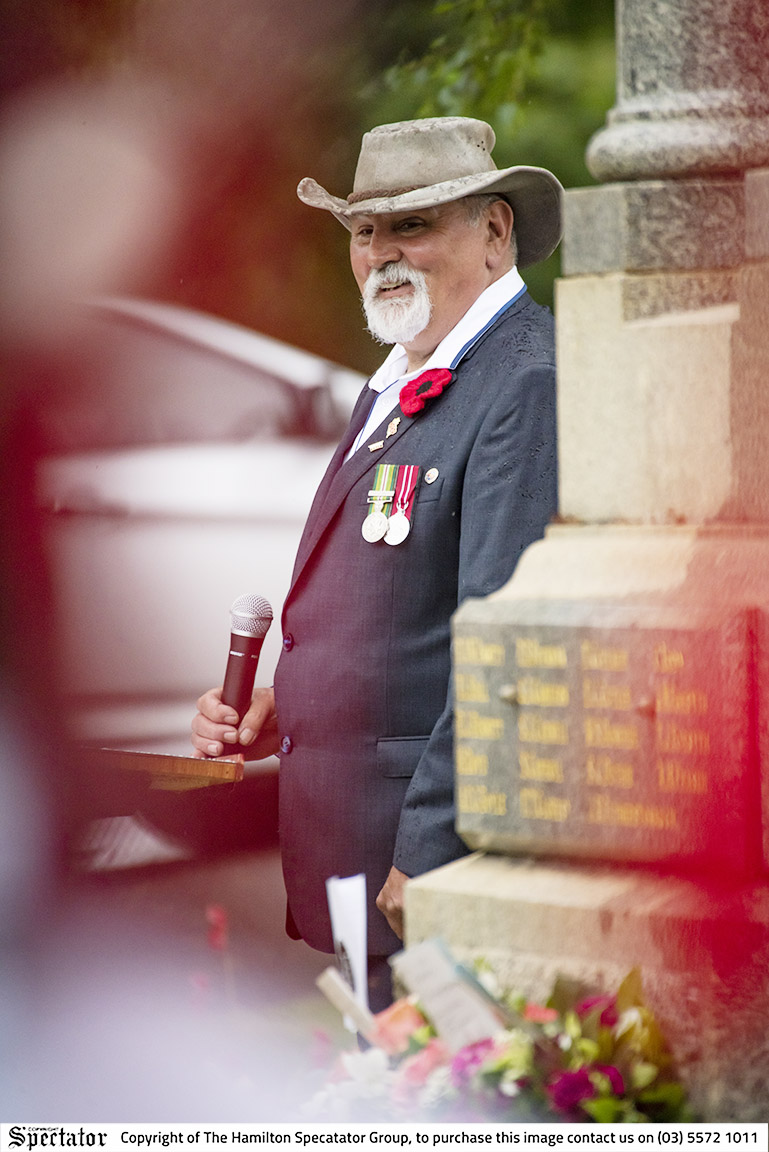 AT the 11th hour of the 11th day of the 11th month, the country units to remember those who paid the ultimate sacrifice for our nation.

Wednesday morning saw the Hamilton RSL sub-branch along with a capacity crowd of 50 gather at the cenotaph to remember the nation’s fallen soldiers.

Mr Shewell thanked everyone who turned out in the horrendous conditions, saying it was a testament to the town and showed the enormity of support.

“I was very happy with the turnout and especially with everyone socially distancing,” he told The Spectator.

“Considering the weather, you’ve got to feel for the people who turned out, but it shows how Remembrance Day has an effect on those people and makes me very proud of Hamilton.”

“It was very important because we haven’t been able to do anything at all, even with small numbers it’s good to remember those who gave us a lot,” he said.

Mr Olive read words on behalf of Wannon MP, Dan Tehan, sharing his thoughts on the day and commemorating the lives lost on the battlefield.

“To those who have served in the Australian Defence Forces can I simply say, thank you for your services and to those families who have supported them, thank you,” Mr Olive said on behalf of Mr Tehan.

“Today we mark Remembrance Day, a time for us as a nation to unite in a minute of silence for those who have died in wars, conflicts and piece keeping operations.

“In this very powerful moment they are not forgotten, and we will not ever forget them.”

Wreaths were laid by surrounding schools, council members and the Hamilton and District Pipes and Drums Band.

This year also saw the last post played on the bagpipes instead of the usual bugle.