Logs and crayfish have nowhere to go, what’s next? 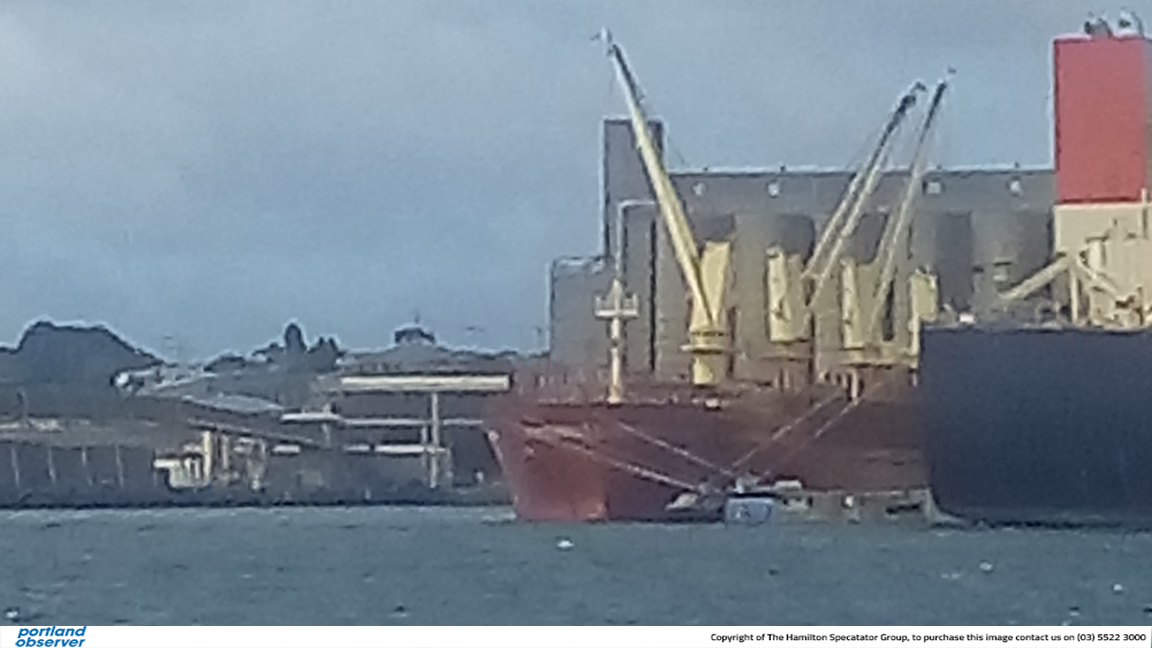 ALL stuck with nowhere to go… the Western Maple at the No 5 berth at the Port of Portland yesterday. Picture: CHALPAT SONTI 201112cs01
By Chalpat Sonti

PORTLAND has been caught in the crossfire of international power plays, with some of our region’s major exports unable to be sold to our major customer.

On Wednesday logs joined crayfish on the list of goods China has banned or is holding up from Australia – and with barley also on the list, the news could get even worse.

While the official reason for the log ban is because of a bark beetle being found in some shipments, the ongoing US-China trade war, Australia’s call for Chinese answers on the origins of the coronavirus pandemic and other long-standing issues have all been advanced as reasons.

Whatever the reason, Glenelg Shire is set to suffer – and nowhere more so than the Port of Portland, through which about 10 per cent of the state’s gross domestic product is exported.

As of yesterday the Western Maple was stuck at the No 5 berth in the port, its near future uncertain as it was here to load logs for China – the logs were being unloaded again yesterday – while the Sea Falcon is at anchor in Portland Bay while here for a similar cargo.

Another ship, the Lycavitos, is on its way to Portland (it was in port at Hobart yesterday) as well to load logs.

Port of Portland chief executive Greg Tremewen said his “best guess” was those ships wouldn’t be loaded if the impasse continued.

Mr Tremewen was advised on Wednesday that China had banned logs from Australia.

“At this stage, the details are sketchy but needless to say this is an issue that needs to be sorted and sorted fairly quickly,” he said.

Softwood log exports, while not near the level of two or three years ago, had picked up again and has traditionally been a strength for the port.

China makes up more than 70 per cent of the export market for logs, and a similar amount or more of all exports from the port is destined for that country.

There is fear and uncertainty in the timber industry as to what will happen next, with a meeting between industry players and Federal Trade Minister Simon Birmingham scheduled for later yesterday, after this edition of the Observer went to press.

However, there is little enthusiasm that there will be a quick resolution.

“Whatever [Mr Birmingham’s] been doing, he’s got to drop it and get on to this,” one industry source said.

“This is going to send companies to the wall if it isn’t and there’s going to be big ramifications for jobs.”

Another source, reflecting the view of many, said the industry was in the dark about what could be done, or why it had been targeted.

Glenelg Shire Deputy Mayor Karen Stephens said she hoped that meeting with Mr Birmingham would give everyone a better picture.

“I spoke to some of my counterparts over the border (most of the logging companies are headquartered in Mount Gambier and surrounds) and they’re just trying to work it out,” she said.

“Is it a quarantine issue or a trade war issue? There’s very little information.

“We really want the government to get to the bottom of it, define what the issue is and work with China to get back on track.

“It’s certainly about jobs and the economy and it’s absolutely critical for the federal government to come on board and work through the issue.”

At least 18,000 jobs in the Green Triangle region were dependent on the forestry industry, which had been shown to have an $800 million economic benefit.

Also waiting nervously are the region’s crayfishers, with the season due to begin again on Monday – China is also holding up live crayfish from South Australia and Western Australia and has banned live exports until it carries out tests on those shipments.

Portland fisher Wayne Towers said he would normally be getting his boat ready to go.

“But we’re not sure what’s going on, so we’re sort of stuck,” he said.

“This has happened before, but this is probably the worst.

“I’m keen to get out and go back to work and get back to normal as everyone else wants to too.

“Hopefully it’s all sorted out.”

On the bright side the start of the season was often “pretty ordinary”, and a delay of a few weeks would probably see better fish caught.

“We’re not the only people affected by this or the coronavirus, but it just goes on and on and on,” Mr Towers said.

Barley is another on the banned list from China, again officially due to supposed contamination concerns, and with grain exports expected to ramp up through the Port of Portland again this season – a train with a cargo of barley was due yesterday – the ban could have yet another local impact.