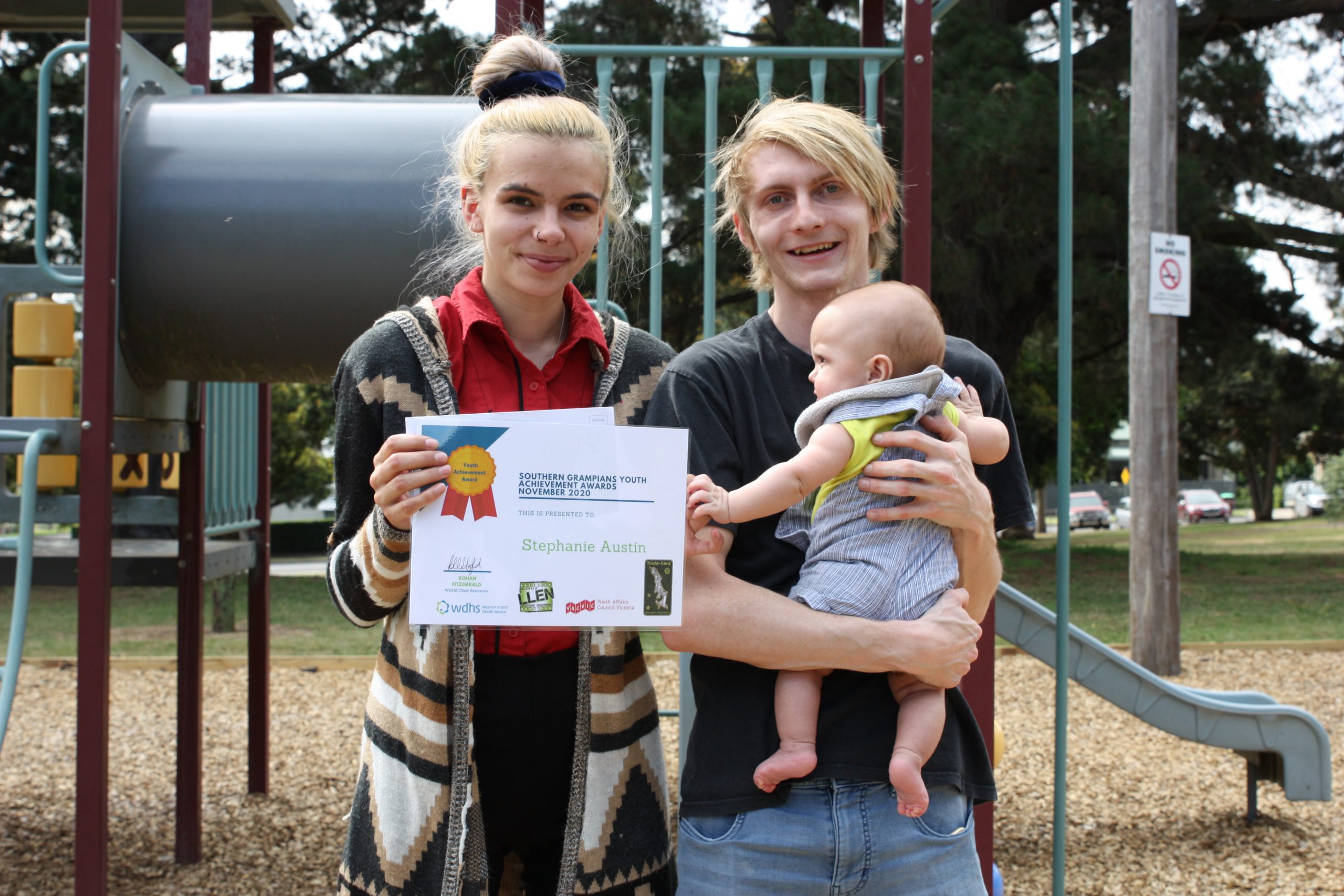 STEPHANIE Austin has been awarded a Southern Grampians Youth Achievement Award for her determination and kindness.

She was nominated by Brophy Family and Youth Services Youth Transition team’s Victoria Jackson, for her outstanding effort to contribute to the community through volunteer work.

“I know Stephanie through her engagement in the Transition to Work program (TTW),” she said.

“She was referred to the program in 2019 for support in job searching and has been actively engaged in the program ever since.

“Stephanie is a kind and caring young person who often puts the needs of others before her own.

“Her interests in the aged care and disability sector, input to the Youth Alliance, and the passion and determination with which she has approached motherhood is inspiring.

“She has acknowledged that her past life experiences have created huge challenges for her but she has always sought to look to and to create a positive future for herself and to use her opportunities to advocate for other young people in similar circumstances.”

Stephanie came to the TTW program after leaving school early and having suffered some setbacks in her life.

After experiencing hardship, Stephanie showed a “high level of enthusiasm and motivation to participate in all opportunities offered to her”.

Stephanie’s achievements include engagement in the SPARK experiential learning program and being a youth development coach.

Stephanie has now found her passion in working with people in the disability services industry and has explored further study options offered at TAFE.

For over 12 months, Stephanie has been an active member of Brophy Transition to Work’s Youth Alliance, a voluntary role where she represented the Hamilton region.

Stephanie thanked everyone for their ongoing support, in particular the kind words shared by Victoria.

“I’d like to thank Victoria Jackson from the Brophy Youth Transition team for always being a great support and for being so kind,” she said.

“She has helped to give me a purpose and without Victoria I wouldn’t be where I am today.

“Her support, and the program have helped me to believe in myself and be more open to opportunities.

“As part of the Transition to Work program, I would catch up with Victoria weekly or fortnightly. I had a job plan and set goals for what I wanted to achieve.

“The award makes me feel really proud, it’s recognition for my efforts over the last year.”

The Southern Grampians Youth Achievement Awards are coordinated and sponsored by Western District Health Service, with the support of the Glenelg and Southern Grampians Local Learning and Employment Network, Winda-Mara Aboriginal Corporation, the Youth Affairs Council Victoria and the Community 4 Youth Board.