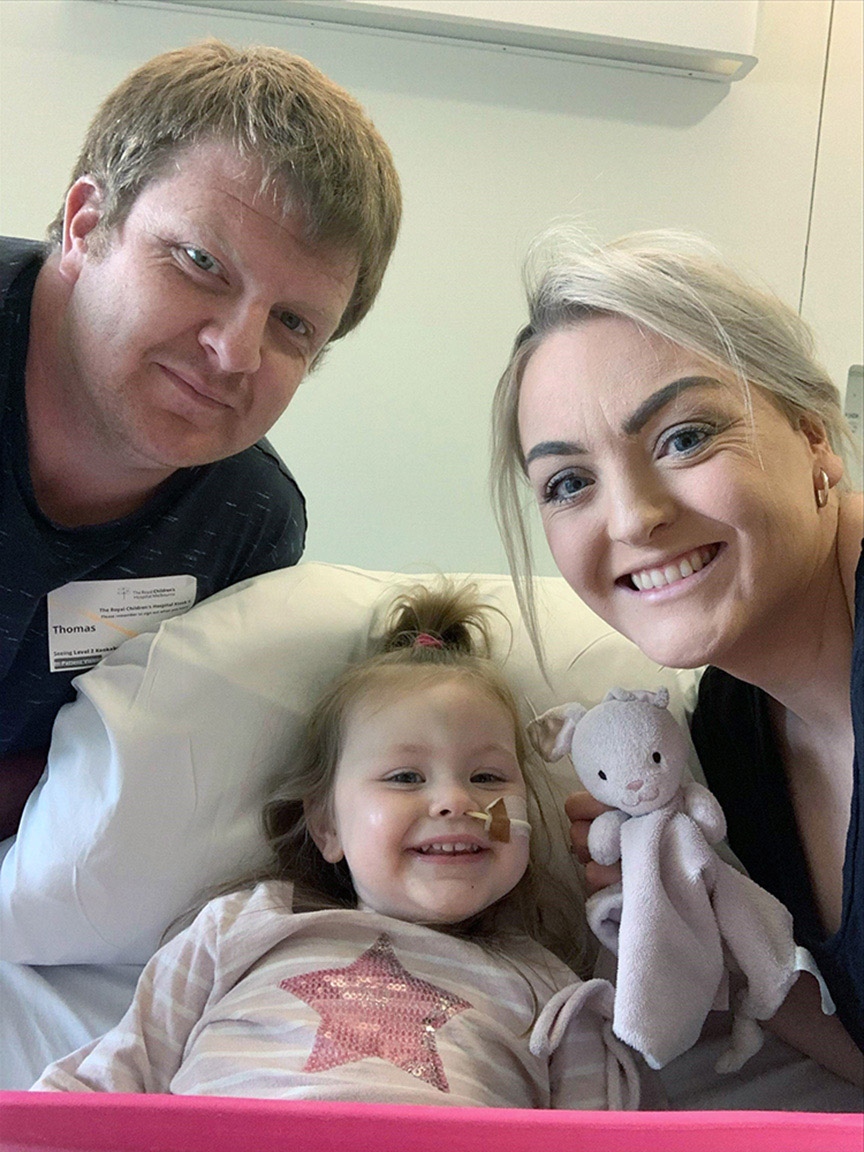 A YOUNG Portland family are facing a major challenge after their two-year-old was sent for cancer treatment in Melbourne, forcing them to leave their one-year-old twins at home.

Shauni Morrissey and Tom Pender were told their daughter Annie had the blood cancer acute lymphoblastic leukaemia last Thursday, just four days after the cancer possibility was foreshadowed with the family.

By the next day Annie was receiving treatment at Melbourne’s Royal Children’s Hospital with her parents by her side.

They have been “blown away” by donations, practical and moral support provided to them during their tough time, Ms Morrissey told the Portland Observer by phone this week.

The family need all the support they can get for the next month or two at a minimum, with Annie unlikely to be able to return home until January except for perhaps a short visit with family on Christmas day.

Their upheaval began when Annie had a run of weeks of ear infections and tonsilitis, unusual fatigue and more bruises than she would usually experience.

“If anyone knows Annie, they would know her as a very happy, healthy, bubbly, energetic girl,” she said.

Ms Morrissey said she was pleased she had followed her instincts when she sought further care for Annie because a course of antibiotics at the beginning of the month was having no impact on her ear infection.

“That week Tom was in Port Campbell working, and we pulled him off work,” she said.

Portland District Health staff referred Annie to South West Healthcare in Warrnambool where she had her blood tested, and Annie became an inpatient there.

“On the Sunday night they basically said they had seen signs she may have leukaemia, but they didn’t confirm it until she got to Melbourne on Thursday,” Shauni’s sister Brooke Morrissey said.

The couple’s family got on board to help out wherever they could, with twins  staying at home over the weekend with their grandmother Laurel Morrissey and aunt Lynn Bull.

On Tuesday Brooke took the twins in with her, giving them a chance to play with Brooke’s two and four-year-olds.

Another Morrissey sister, Ebony, has also moved into the family home temporarily to look after it and Shauni’s beloved cats.

In the meantime Annie is scheduled to go under her third anaesthetic in a week today for a bone marrow aspirate, where a sample of Annie’s marrow will be taken from inside her bone for testing.

She is also on a Friday chemotherapy regime, and is expected to find out on December 15 if the Christmas visit will be allowed.

At this point health professionals are advising them the cancer is expected to respond well to the current treatment, however by mid-December they should know more about the cancer’s full make-up.