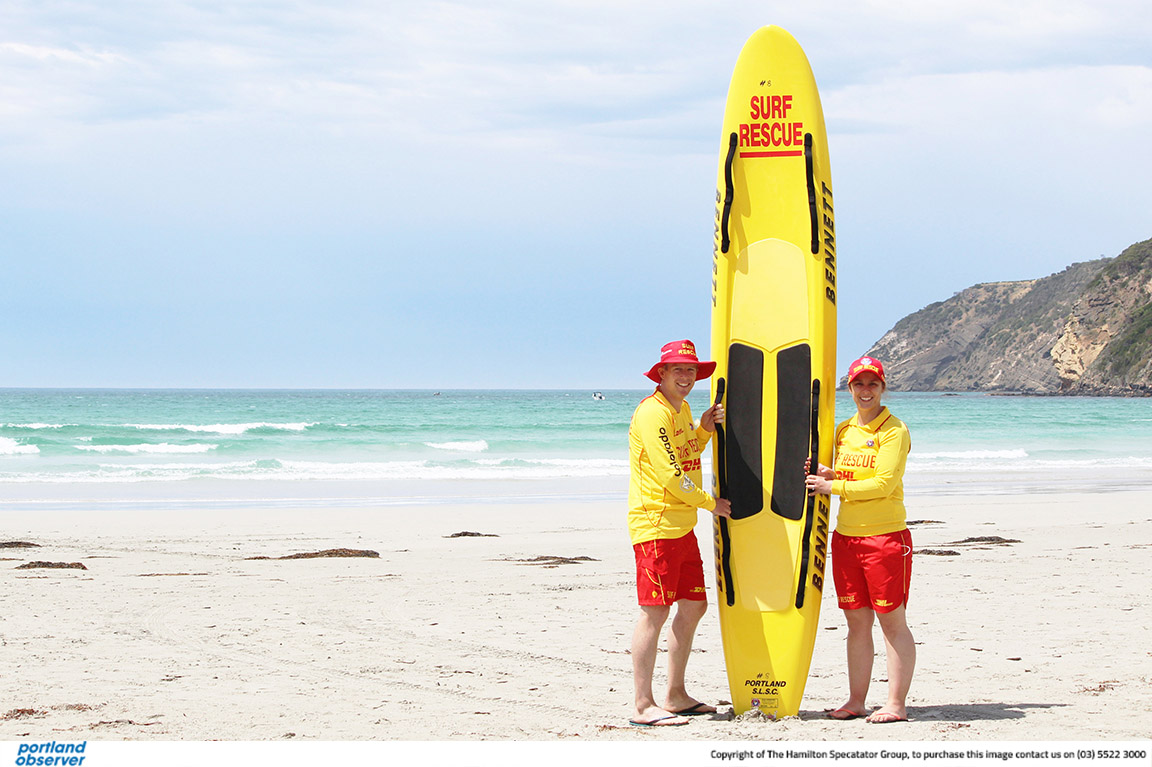 PATROLS at Cape Bridgewater are back on as of tomorrow with the Portland Surf Life Saving Club members returning to the beach.

After some uncertainty regarding coronavirus restrictions the club is eager to get back on the sand with plenty of preparation leading into the season.

Cape Bridgewater is the main patrolling beach throughout the summer which patrol organiser Damien King says is a relatively safe swimming option for everyone.

“Patrol is designed to provide a supervised and safe environment for people who want to swim at a safe beach,” Mr King said.

“In Bridgewater the flags are designed as a suggested place to swim but we patrol the whole beach.

“We’re lucky Bridgewater is a pretty safe beach in comparison to other beaches.”

Patrols are on Saturday afternoons and from late morning onwards on Sundays with shifts in January often extended.

Mr King said the club has been working hard across the past few months to get organised for the upcoming season that will run through to April 18-19.

“We’ve been meeting for the past few weeks to get everything organised and understand what we can and can’t do,” he said.

“We have protocols for entering the clubhouse, social distancing and we only have two people in the watch area because it’s a small space.

“When patrolling we will also be social distancing and have been given precautionary things like PPE gear if someone is suspected of having COVID.”

Across the club there are 48 rostered patrols with Mr King encouraging anyone who wants to be involved in the club to reach out.

“Patrol volunteering gives people a range of experiences and training; we have people with 30-plus years of experience and also younger groups who want to get trained,” he said.

“People are more than welcome to get involved and do some training; you don’t have to be a strong swimmer to be on patrol – everyone has different strengths and we assign roles based on those strengths.”

• The Nippers program run at Cape Bridgewater is expected to start in January with more details to come in the next few weeks.