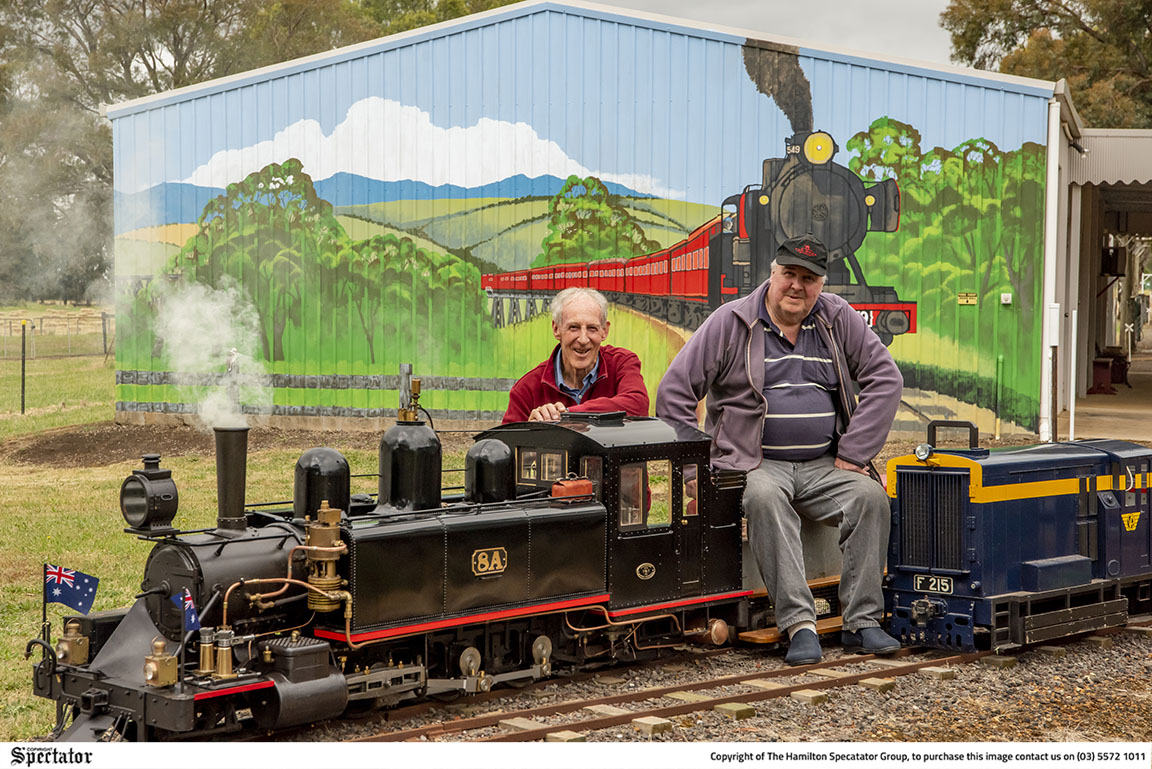 THE Hamilton Miniature Railway Group has put its down time to good use, using the closure during COVID’s second wave to put in new attractions for the community.

When the group reopens its clubrooms this month, one of the major attractions will be a new mural painted by well-known Cavendish artist, Roger Edwards.

“The J-class steam engine used to work the Ararat to Portland line in the 1960s,” he said.

“I remember as a kid seeing them operate through Hamilton – they had large fleet of them here.