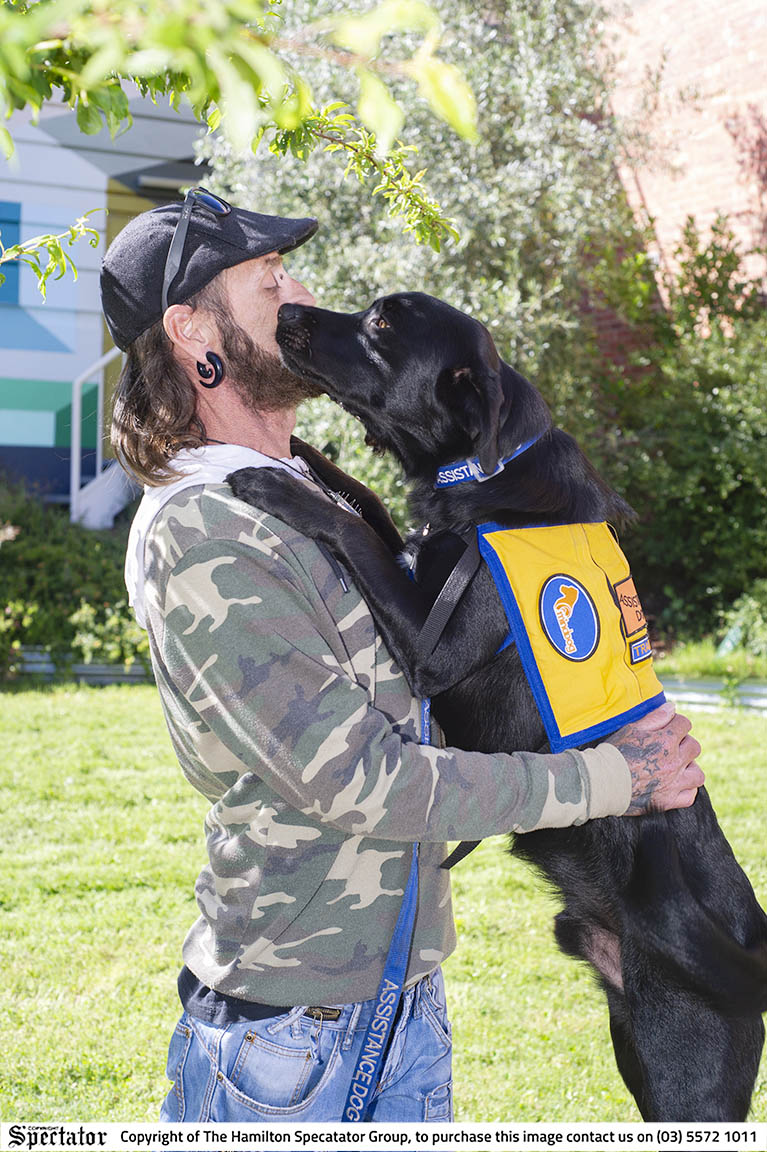 “CAN I pat your dog?” is a question Ashley Southam gets asked often.

Ashley said even though Jefreee, his assistance dog, wears his trainee vest when out in the community, people still approach him.

By approaching him, Ashley said it causes Jefreee to bark and become disengaged.

Becoming aware of assistance dogs
WOULD you run up to your fellow co-workers in the office and distract them from doing their job? Probably not.

The same rule should apply for assistance dogs.

Once Jeffreee’s vest is on, Ashely said he switches into “work mode” accompanying him to appointments, events and shopping trips.

“I take Jefreee nearly everywhere I go and there are very little occasions when we are separated,” he said.

Although Jefreee appears to be exceptionally adorable in his work attire, it’s important to understand that just like when we’re at work, we don’t want to be distracted.

“It’s difficult when people come up to us and they just want to pat Jefreee,” he said.

“It’s his job – it’s like when you work on a farm you have sheep dogs; they are doing their job and you don’t distract them when they are working.”

Ashley said it was important for people to be aware of the role assistance dogs have.

“We all look at a guide dog or a therapy dog and we understand what their job is,” he said.

“Most people wouldn’t approach a guide dog so it’s important for people to do the same with other types of working dogs.”

For those who are unsure around the difference, an assistance dog is covered by the Commonwealth Disability Discrimination Act 1992.