Ring-a-ding-ding, the trams do sing 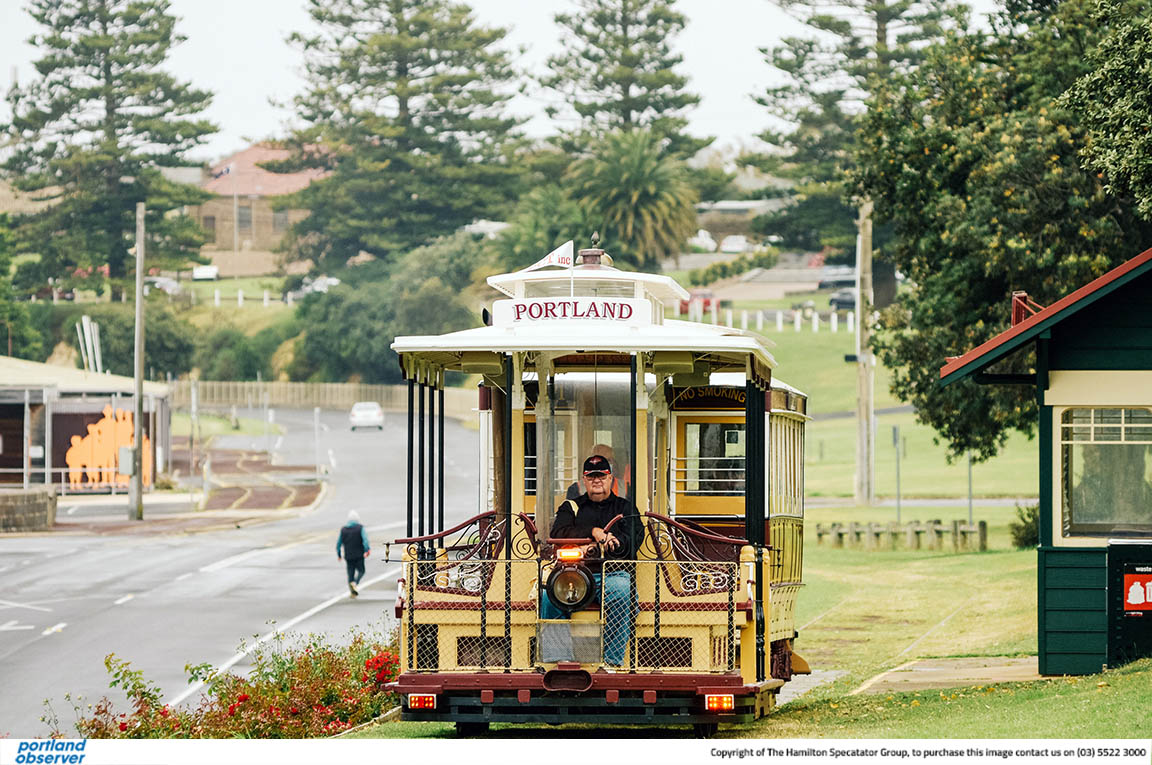 ALL aboard… the first Portland Cable Trams trip in four months makes its way up the Bentinck St hill on Tuesday morning. Terry Uniacke was the driver and Lindy Stuchbery the conductor, and there were three passengers on board. Picture: KAREN HODGE 201201kh15
By Chalpat Sonti

IT’S almost the sound of Portland coming out of the coronavirus restrictions, and it’s back.

The reassuring and familiar ‘ding’ of the Portland Cable Trams as they make their way along Bentinck St and other areas was heard again on Tuesday for the first time in four months.

While the easing of restrictions has slowly seen life in the city return to something resembling normal, the trams have been conspicuous by their absence.

But now they’re back, albeit in a reduced capacity.

General manager Joy Hocken said due to physical distancing requirements, the trams would be limited to 12-15 passengers a trip, instead of the usual capacity of 40.

The exact numbers would depend on whether family groups, who could sit closer together, were on board.

All passengers would be required to book in advance by calling Portland Cable Trams on 5523 2831 – the tram shelters apart from the Henty Park depot would remain closed for the time being so those wanting a ride could not just hop on and off.

“We just ask that everyone has patience,” Ms Hocken said.

“The only way we can be open is to comply with the restrictions in place for tourist attractions.”

She paid tribute to volunteers for the work done to get the trams back up and running, especially on the track.

“There were quite a number of sections where the grass had encroached on the rails and the track maintenance crew have done an absolutely marvellous job getting that work done,” Ms Hocken said.

“Otherwise we wouldn’t be able to run. It’s been a huge effort.

“All the volunteers are keen to be back and welcome everyone, but we also need the locals to come and support us, and also considering doing some of their Christmas shopping at our shop.

“We’ve got some beautiful shortbread which is our fourth edition of that.”

One Christmas tradition which won’t be happening is the Santa tram – another victim of the restrictions.

“We’re not able to run it this year because of the distancing,” Ms Hocken said.

“But it will be back bigger and better next year.”

It will however make an appearance at the “virtual Christmas Eve” planned by Glenelg Shire Council from December 11 – it was pre-recorded last month.

It was hoped both trams would run at their maximum allowable capacity over the busy holiday season, with more trips put on if crews are willing and there is the demand.

“If people want they can ring and book a seat on a particular trip,” Ms Hocken said.

A century not out, telling the tales of a fascinating life
9 hours ago