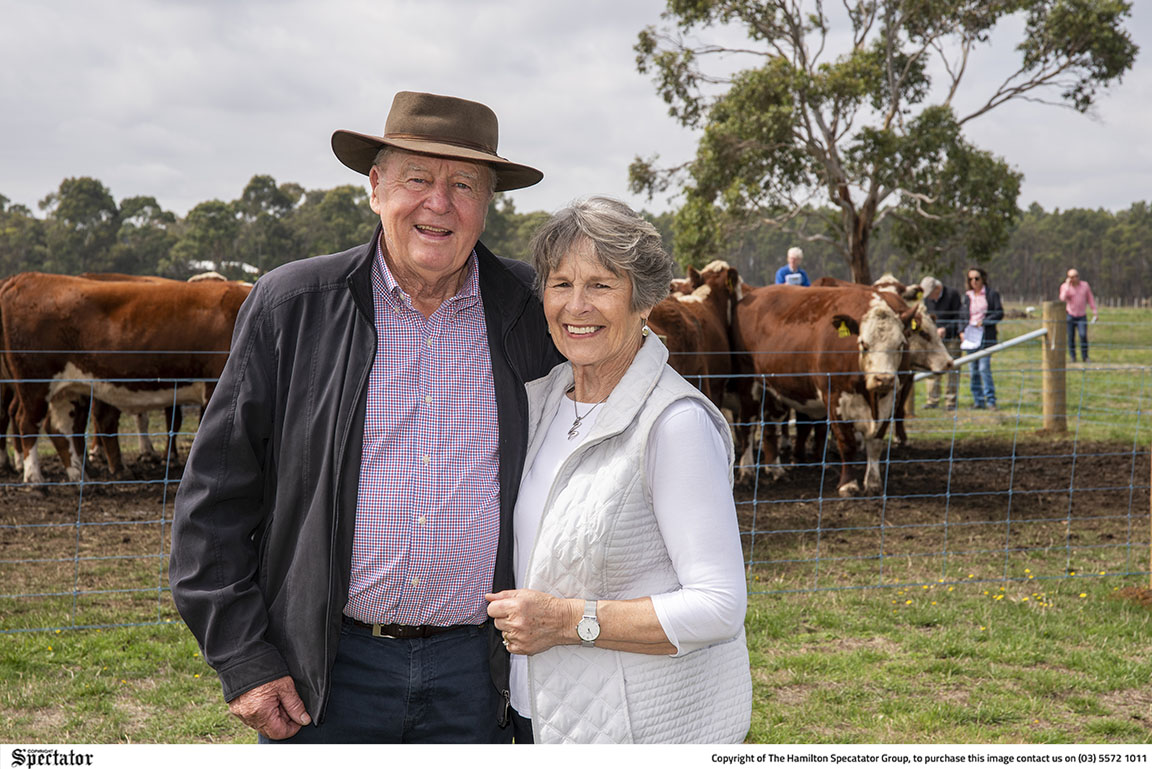 DAVID Jenkin and his wife, Judi, at their herd dispersal sale in March this year. Photo: LAUREN HAY.
By Spec.com.au

Mr Jenkin, from Banemore Poll Hereford said he was honoured to receive the national award.

“It was a real surprise,” he said.

Speaking about his achievements, Mr Jenkin was more than willing to credit others in the industry who had given him support.

“There’s a fair bit behind the scenes, it’s got nothing to do with me at all, it’s just come out of the blue,” he said.

Self-effacingly he added, “So you can’t help a bit of bad luck.”

Local man and 2012 winner, Jim Gough, nominated Mr Jenkin for the award and had much praise about his methodology.

“David put the good education he had to best use by having a written objective, ambitious plan, desire and energy to make it happen,” he said.