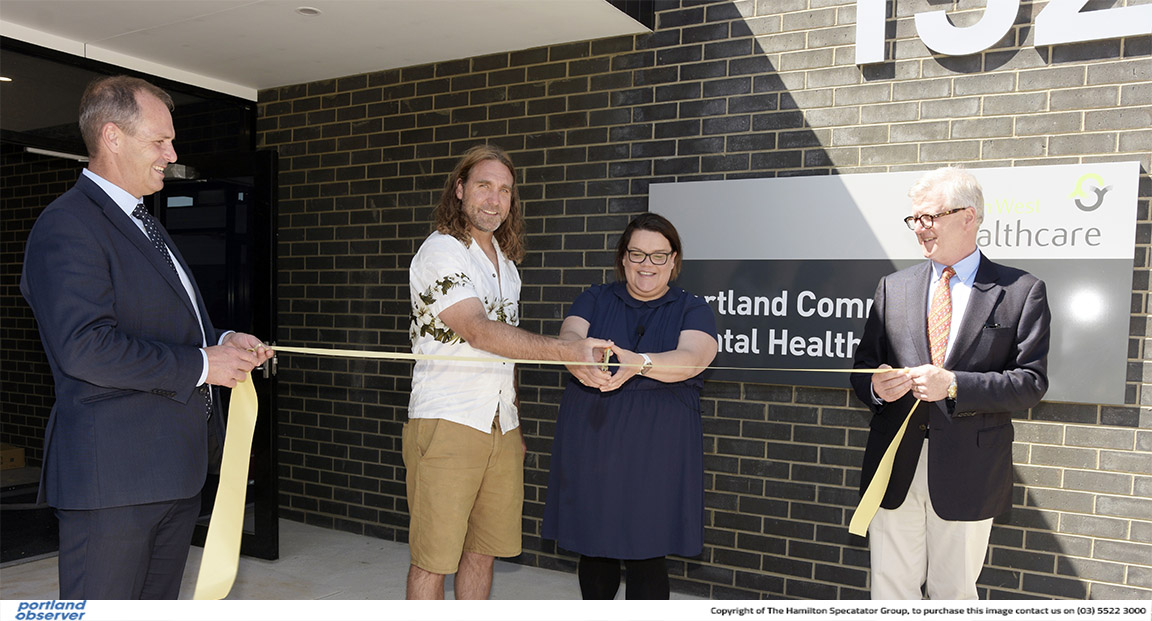 MENTAL health has received a boost locally with the official opening of the new Portland Mental Health Services building.

The architecturally-designed $1.94 million 152 Percy St facility replaces their outdated Julia St building, however will continue to offer the same mental health services in a larger space.

It is located on the same block as Portland District Health and features an entranceway that provides a degree of privacy, with no “shopfront glass” to promote who is waiting inside, however provide light and a feeling of space once visitors have entered the foyer, architect Jake Kelly said.

“We want the building to help enable a sense of hope and healing.”

People can wait for an appointment in one of two spaces so they don’t have to sit too close to others if they prefer.

Off the entrance is a street front-facing meeting room that is accessible for community groups and can be made available after hours.

A corridor wraps around a glassed-in courtyard, which features a large banksia sculpture designed by Jan Juc artis Glenn Romanis.

The glass allows light to filter through the walkway and provides a focus for people as they enter and exit the foyer, consultation suites or office space.

One room has been designed to be able to provide art-based therapy and includes a vinyl floor, while consultation suites all feature two doors for healthcare worker safety if required.

A large open-plan office space for staff features a ribbon window around the top that can be opened during warmer months to allow air to flow through, and that will capture heat and light to filter into the building during winter.

A 14kw photovoltaic solar panel system is expected to cover the building’s energy consumption during daylight.

Five consultation suites are inside the building, while a sixth has been established within an external sensory garden.

South West Healthcare Warrnambool operates the service and hailed the facility as their biggest infrastructure project for 2020.

Portland team leader Fred Nittjso said the building was “beautiful to be in” and would be the envy of other healthcare workers as well as impressing service users.

“I think this provides a sense of optimism, a feeling of safety, privacy and respect,” he said.

“Being on the main street, too, showcases that it’s important for mental health to be addressed: we are not tucked away in the ‘boondocks’.”

He said confidentiality was assured because consultation rooms were more soundproofed than at the previous office, and disability access was easier now that the building was on one rather than two levels.

The new site was expected to boost the morale of staff and help attract new staff when positions became vacant, he added.

South West Healthcare chief executive Craig Fraser said the project was “built with a lot of love and care by everyone.”

The building was officially opened by Victoria’s Minister for Mental Health James Merlino during an online ceremony on Tuesday.

Most of the funding was provided through the state government’s $1.49 Regional Health and Infrastructure Fund.