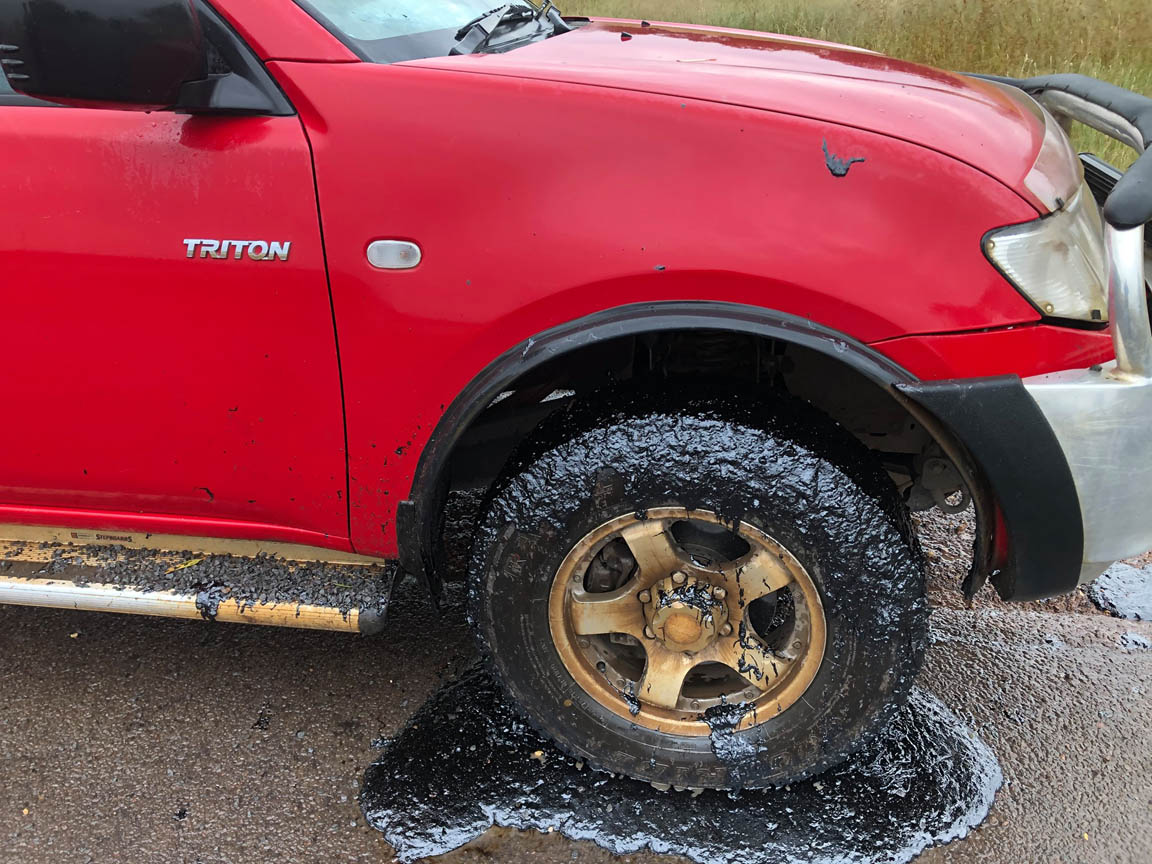 Sharon Barry was driving home about 7pm when she said she felt her car had blown a tire.

“I was heading home from work and the road as you got onto it was soft,” Ms Barry told The Spectator.

“As you continued trying to drive on it, the tar built up on your tires and the back end my car started going sideways.”

She said the only signage was a roadworks sign and a 40 kilometres per hour warning, meaning drivers had no idea the extent of the hazard.

“I drove through it, there was no one to stop you …  it was pretty scary,” she said.

“I pulled up just passed it and hoped the tar would come off - it didn’t come off, you could only do five km/h because the back end of the car kept sliding.”

She was not alone, the first person to go through it called the Southern Grampians Shire at 5pm, but many others had their cars damaged before a working team arrived on site about 7.15pm.