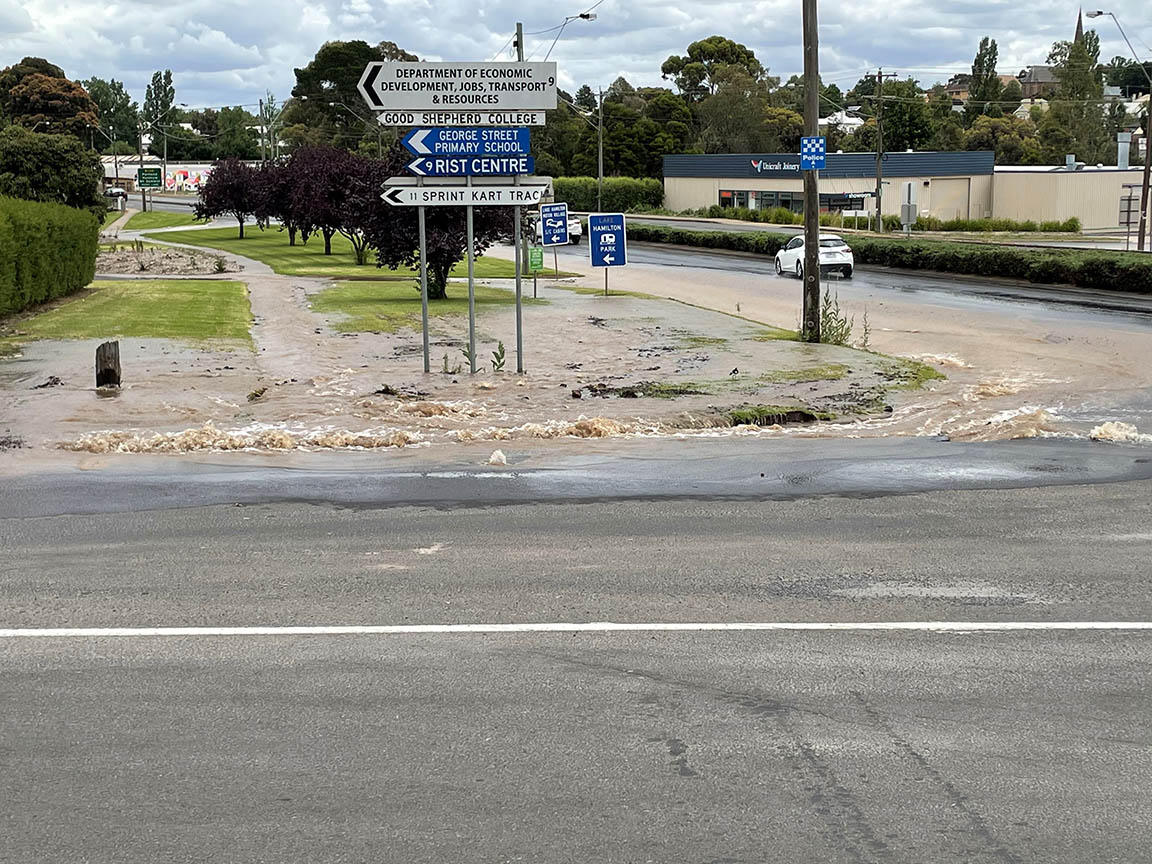 MANY Hamilton residents were left without water on Saturday afternoon, after a water main on Ballarat Road burst.

Police closed part of the intersection at George Street about 1.45pm after the burst pipe left the road covered in water about half an hour earlier.

“We responded to a burst water main at the corner of Ballarat Road and George Street early Saturday afternoon, (where) an ageing 225-millimetre pipe had ruptured causing water to flood across the road,” he said.

“Quite a number of customers were initially impacted due to a loss of water or a drop in pressure, but our civil maintenance team was able to switch valves to restore normal supplies early in the afternoon.”