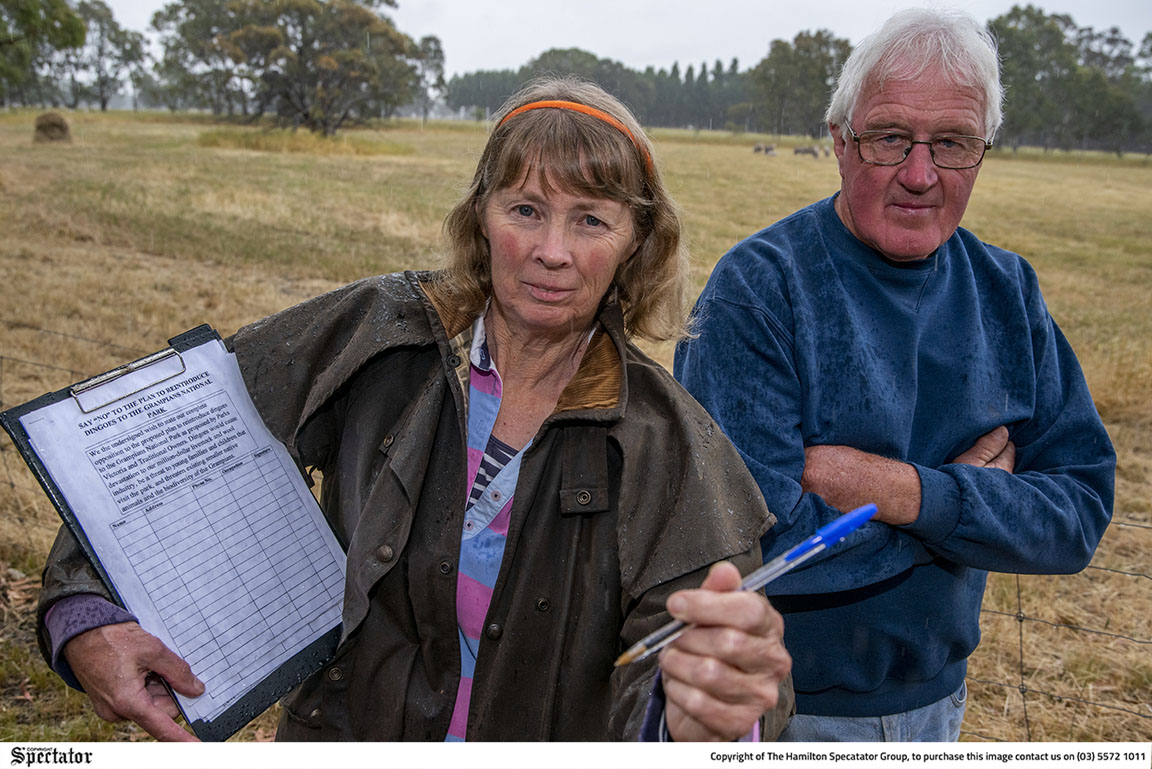 VICTORIA Valley farmers, Rhonda and John Crawford are calling on the community to say no to a proposed plan to reintroduce dingoes to the Grampians National Park. Photo: CHRIS DOHENY.
By Ash Bolt

A VICTORIA Valley farming family is calling on the community to oppose a plan to reintroduce dingoes into the Grampians National Park.

Rock-Bank Merino and Poll Merino principals, John and Rhonda Crawford have started a petition in opposition to the proposed project, which they said would have disastrous impacts on the local sheep and wool industry.

The Greater Gariwerd Draft Landscape Management Plan identifies the reintroduction of native animals, including dingoes, eastern quolls, spot-tailed quolls and eastern-barred bandicoots, as a medium-term priority to conserve and enhance the natural and cultural values of the landscape.

The report states the reintroduction of dingoes, which are considered extinct in Victoria, would help control pest species in the Grampians.

Farmer up for national rural women’s award
13 hours ago

Back to school
13 hours ago