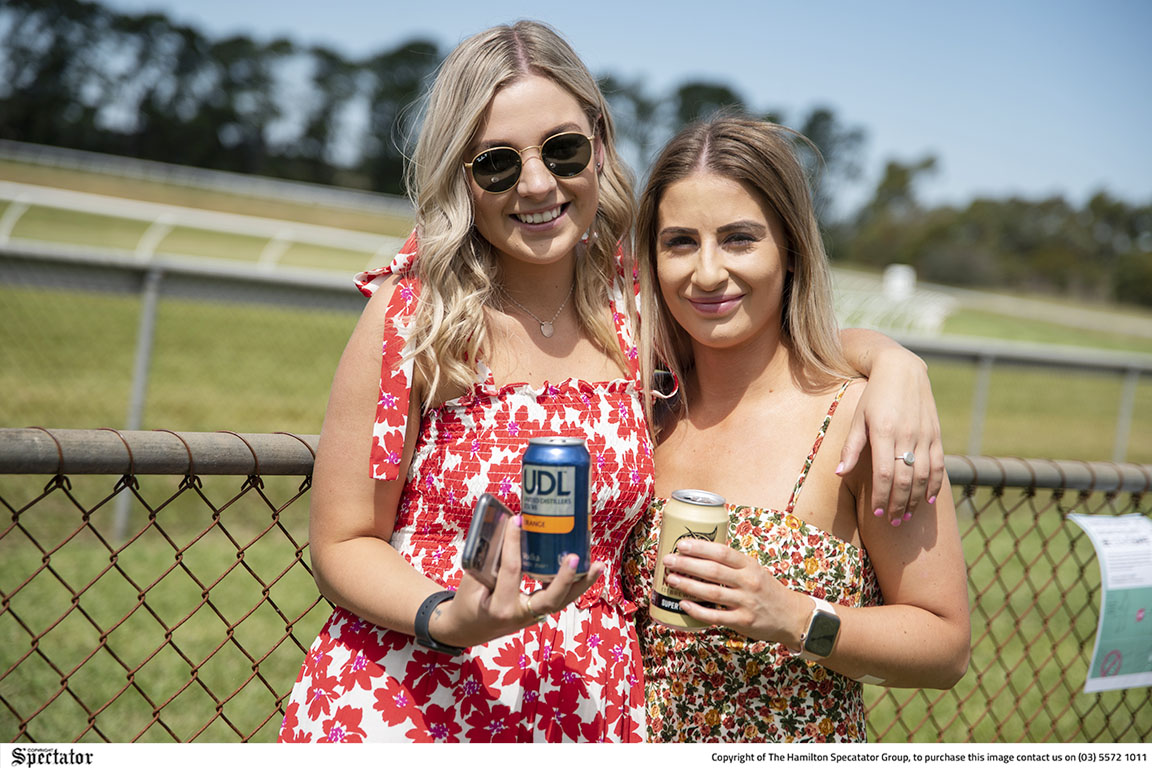 HAMILTON’S Kayla Dimond and Carly McArthur were two of many locals who enjoyed a day at the Penshurst Races on Saturday. With crowds allowed back at permitted Racing Victoria events, locals, former locals and those further afield enjoyed the perfect conditions trackside. Photo: CHRIS DOHENY.
By Blair Burns

THE Penshurst Cup went ahead on Boxing Day as planned and attracted many locals to witness what was the only local racing event with crowds all year.

With permission given to allow crowds, around 600-700 people attended the Penshurst track to watch the seven races on Saturday, much to the delight of event organisers.

Penshurst and District Racing Club’s treasurer and secretary, Brendan Kelly was pleased spectators could attend and said the day ran smoothly, with all involved happy with the turnout.

Mr Kelly said it was difficult to plan for the day given COVID-19 restrictions.

He said the racing club was hopeful spectators could attend this year’s cup meet, however a crowd was only given the tick of approval three weeks out.

“We prepared to race, but it was only in the last three weeks that we could confirm we would have a crowd,” Mr Kelly said.