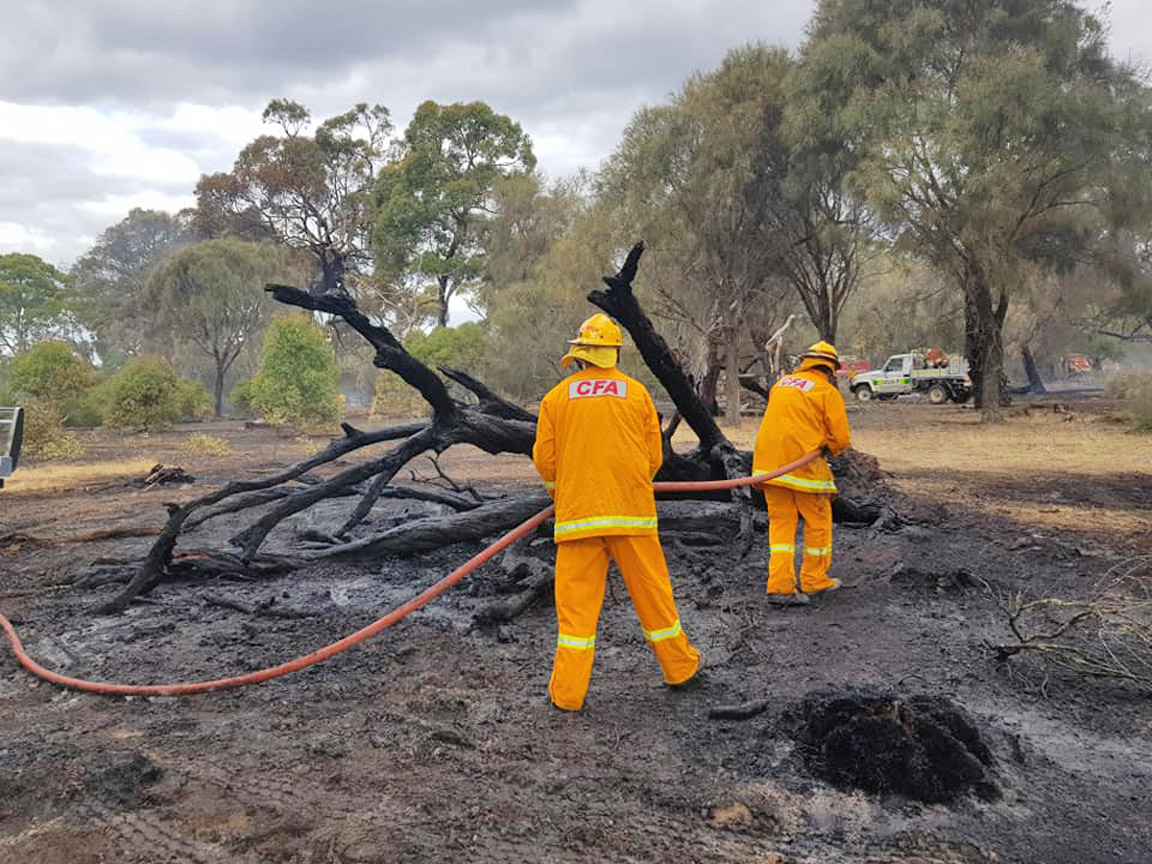 A SMALL grass fire broke out near Mooralla on Tuesday, with 10 fire trucks responding, including a crew from North Hamilton Rural Fire Brigade. Photo: SUPPLIED.
By Chris Doheny

A GRASS fire near Rocklands Reservoir on Tuesday was rapidly extinguished by a “hard and heavy” response from CFA firefighters.

District 5 assistant chief fire officer, Richard Bourke said the fire was contained before it could spread more than a few hectares.

“It was on the Shilcocks Road area,” Mr Bourke said.

“We don’t know how it was started at this point in time.

“We hit fires hard and fast, the whole point is to have enough resources there to keep the fire as small as possible.

“The fire was brought quickly under control by the firebombing aircraft, and the crews cleaned up which is how it is meant to go.”

“The conditions were rather mild; there wasn’t strong wind, there wasn’t high temperatures or anything like that,” he said.

“Up at that part of the world, that grassland curing is very dry, the forest is dry.