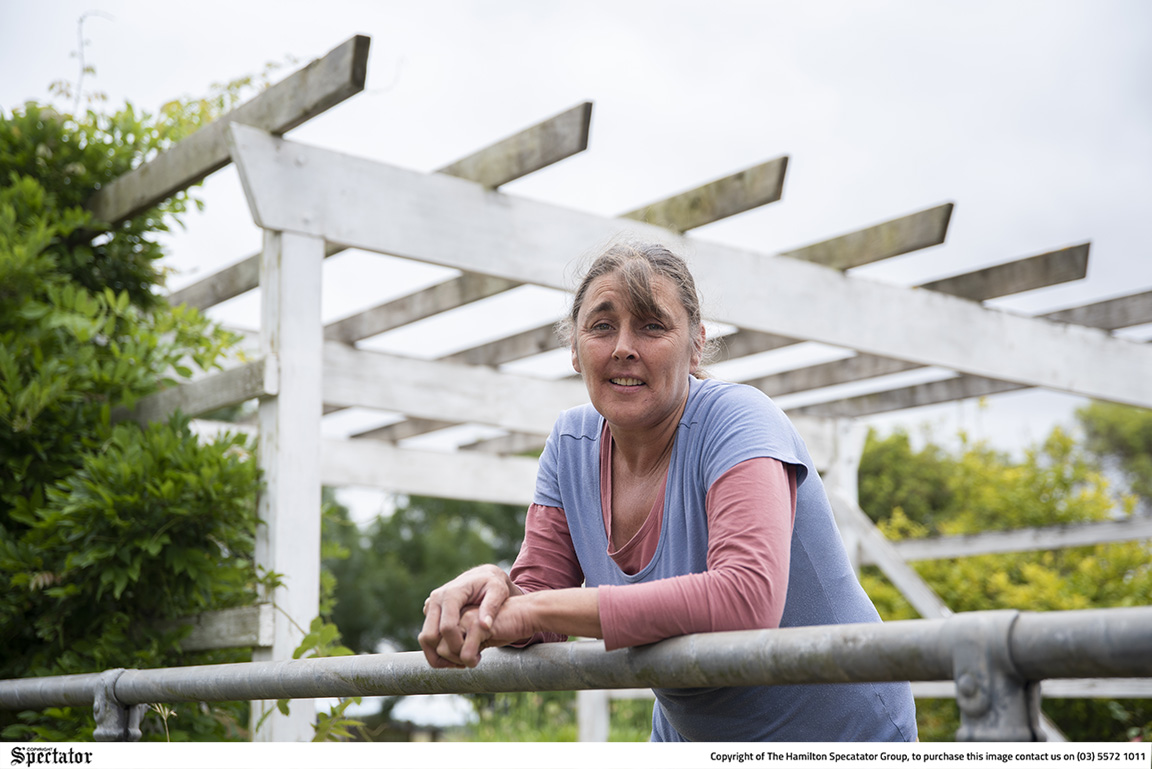 PENSHURST local, Julie Butterworth-Le Poitevin is thankful to live in such a generous community after receiving over $1000 in donations through her GO Fund Me page. Photo: LAUREN HAY
By Allanah Sciberras

AFTER hearing a radio advertisement in the height of the pandemic highlighting the importance of not putting off a hospital visit, Julie Butterworth-Le Poitevin booked herself in immediately.

Having just discovered a new enlarged lymph node on her body and it playing on her mind, Julie drove into town and booked the next available appointment.

“On first look at my symptoms, the doctor knew exactly what was wrong with me and sent me for blood tests and a CT scan, results came back with a question mark beside them, Lymphoma, and the nodes throughout my entire lymphatic system were enlarged, including my spleen,” she said.

Julie was referred to a hematologist in Warrnambool who was sure it was Hodgkin’s Lymphoma.

After many blood tests, core biopsies, a positron emission tomography (PET) scan, another CT scan and finally a bone marrow biopsy, the Reed–Sternberg cells were found, and Julie was diagnosed with stage four Hodgkin’s Lymphoma.

“I finally had a diagnosis, but by that time I was severely anaemic due to the cancer spreading to my bone marrow and my red blood cells were dying prematurely at two days old. I also had cancer in my spine,” she said.