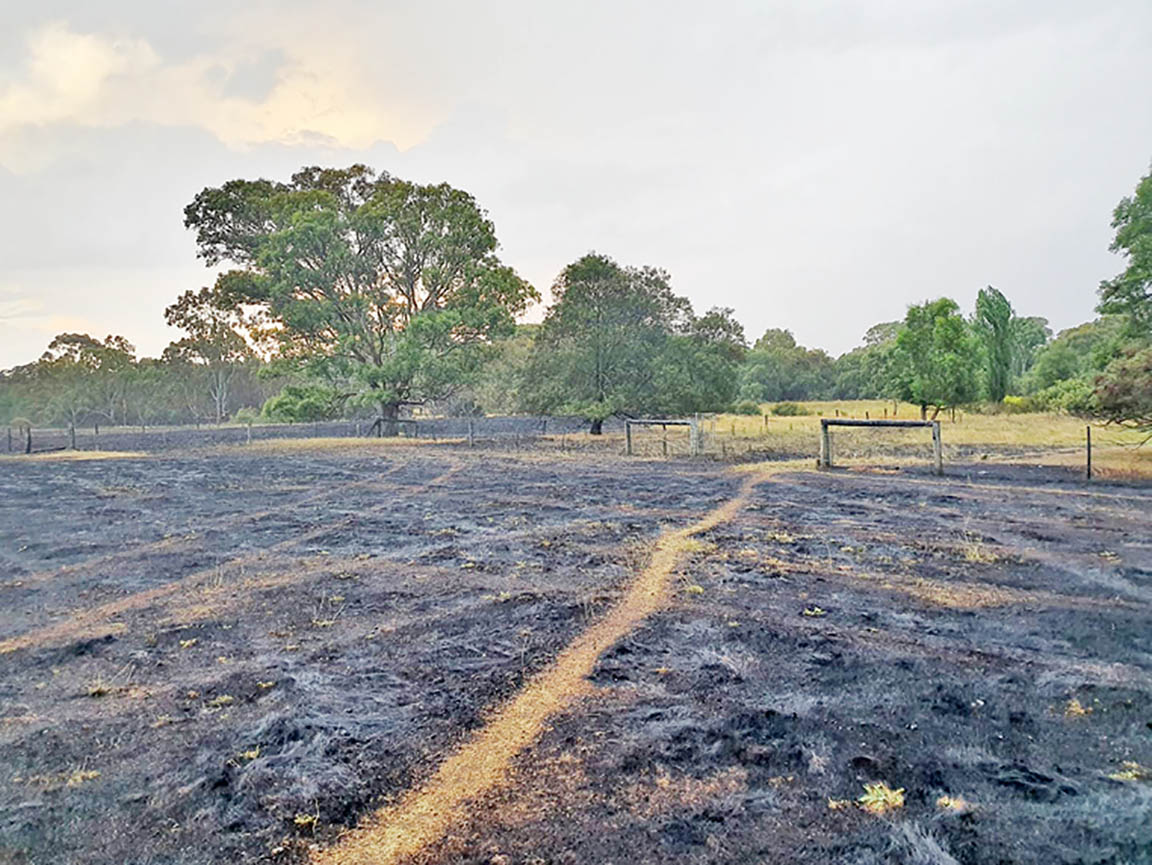 THE Dinges family had an interrupted New Year’s Day after a paddock at their Bulart property caught fire. Photo: SUPPLIED.
By Ash Bolt

IT was an interesting start to the year for Chris and Imogen Dinges, after a lightning strike started a grass fire on their Bulart farm on New Year’s Day.

The couple was celebrating New Year in Port Fairy when Imogen received a call from a neighbour on Friday evening that one of their paddocks was on fire.

Chris said the neighbour was working outdoors around 4pm Friday when they smelled smoke and found the Dinges’ paddock alight.

“We pulled up stumps when we got the call and rushed back home,” Chris said.

“I got there towards the end but there were around 20 trucks already there with about 75 crew that had got onto it really quickly.