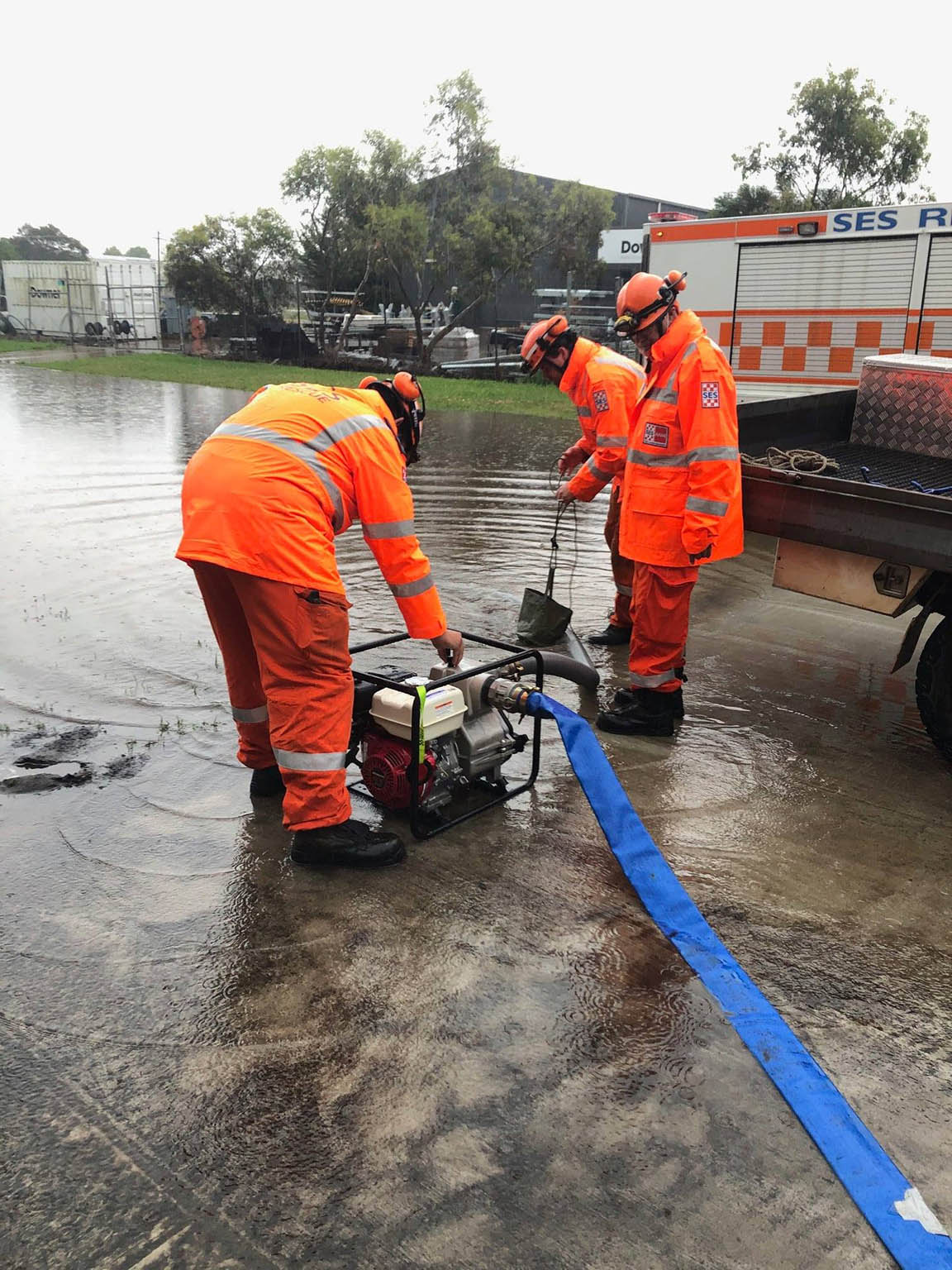 HAMILTON SES units were busy over the weekend attending to 24 calls after two storm cells passed through the region. Photo: SUPPLIED
By Allanah Sciberras

HAMILTON SES crews were kept busy over the weekend after a significant storm passed through the south-west.

He said the Hamilton SES Unit received 24 requests for assistance over the weekend.

“Light rainfall was reported over some parts of Hamilton, at the same time we received reports from our members and residents we visited that some had received between 30 and 40mm,” he said.

“There were no major clean-ups that crews were involved in. Some residents did have flood water enter their premises causing damage to items low to the ground.

“Some homes had water entering the roof space, causing damage to ceilings and electrical. No particular area in town experienced major damage.”

Mr McKenzie said one home did sustain above floor flooding due to storm water overflow.

“The Southern Grampians Shire Council assisted with relocation of these residents with DHHS,” he said.