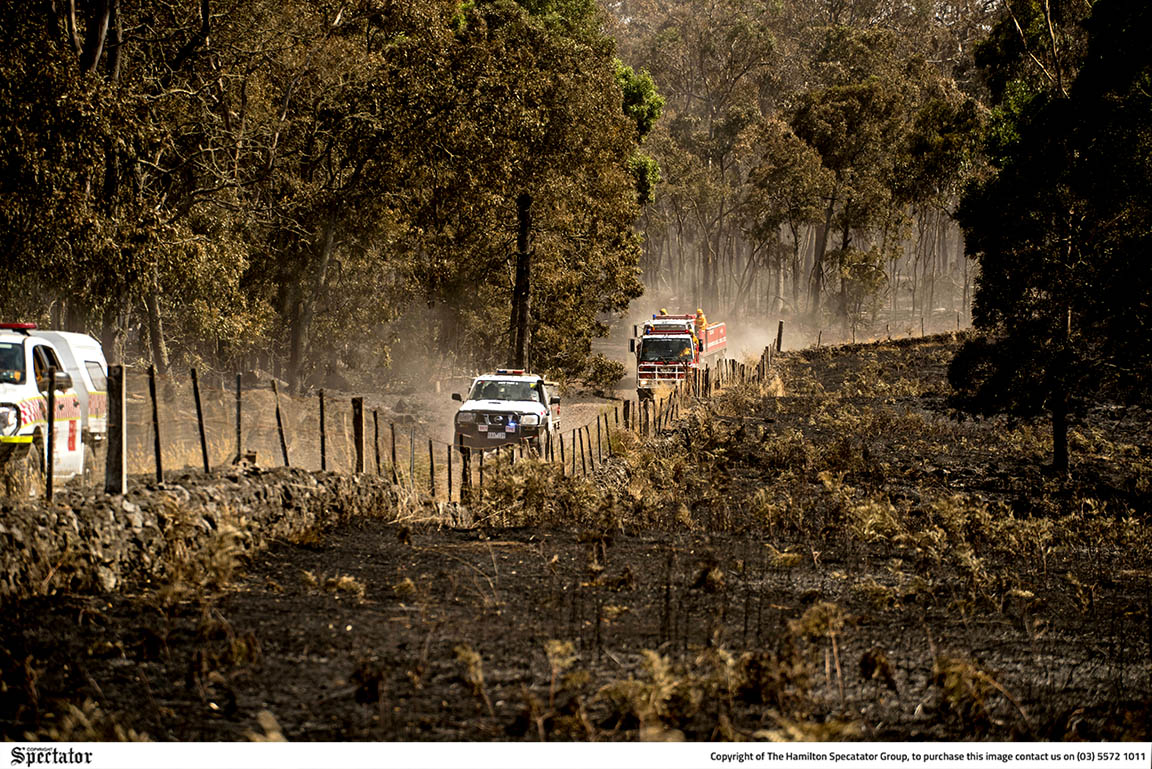 THE CFA and DELWP worked closely to control the fire in Budj Bim National Park, with substantial damage to native foliage and fences. Photo: CHRIS DOHENY.
By Allanah Sciberras

ONE year has passed since crews contained the 6000-hectare fire that impacted the Budj Bim cultural landscape.

Presenting many challenges due to its cultural significance, CFA District 4 Merino group manager, Wayne Munro said it was a complex and difficult fire to contain.

“This was a really complex fire given its world heritage status and we had to adapt our firefighting methods when trying to control it,” he said.

“There were lots of lessons that had to be both learnt and invented.”

The fire started from a lightning strike at Lake Condah in late December 2019, which later joined another fire that ignited near Macarthur.

Mr Munro said there were physical limitations for firefighters such as the extreme volcanic rocky terrain and limited established track access, along with cultural considerations.

“We were unable to use machinery in the area and it was one of the first major fires that we really had to adapt to this type of scenario,” he said.

“We had to protect the world heritage area along with all of the cultural landmarks.

“In a normal situation, machinery would have been used and allowed in, and we may have been able to control the fire quicker, but this was very different, and it presented different risks and challenges to us.”