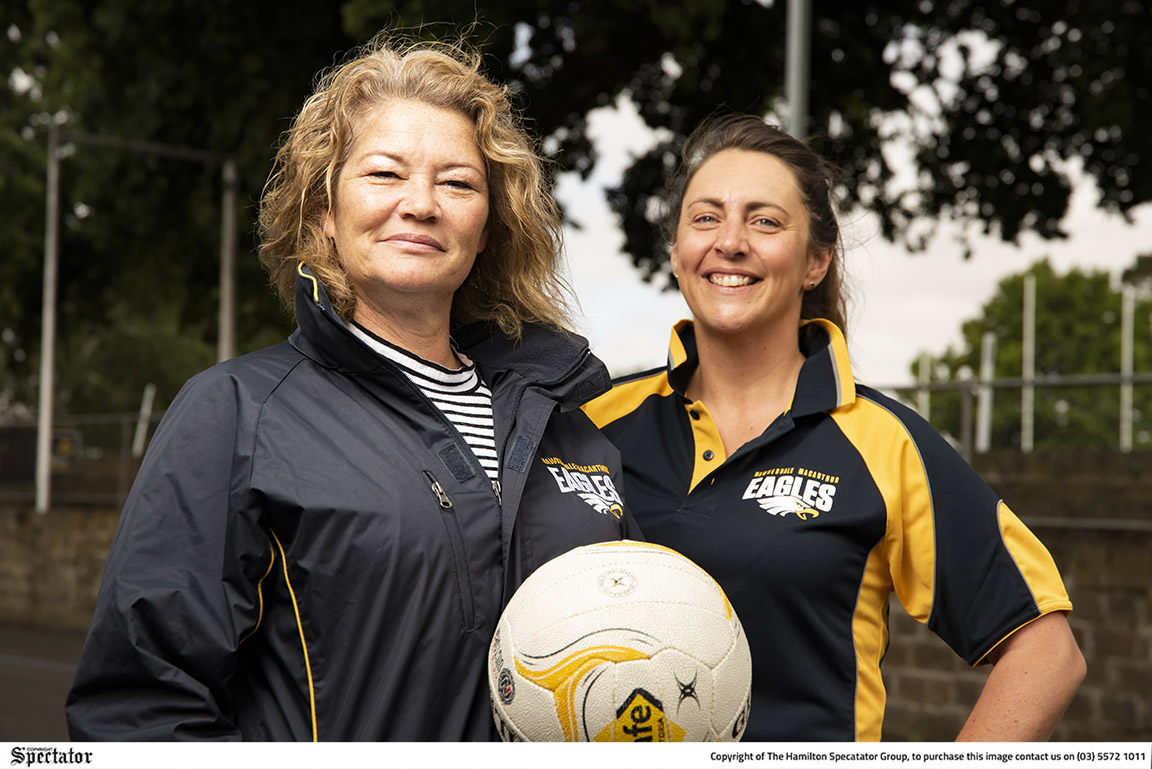 HAWKESDALE-MACARTHUR A grade coach, Jody Roth, and assistance coach, Melissa McDonald, are excited to work together during the upcoming season. Photo: CHRIS DOHENY.
By Adam Hill

The Mininera and District Netball Association club will go into the upcoming season with a Hampden Football Netball League senior premiership winning coach at the helm.

Roth said she was surprised when she was approached for the role, but is excited at the opportunity.