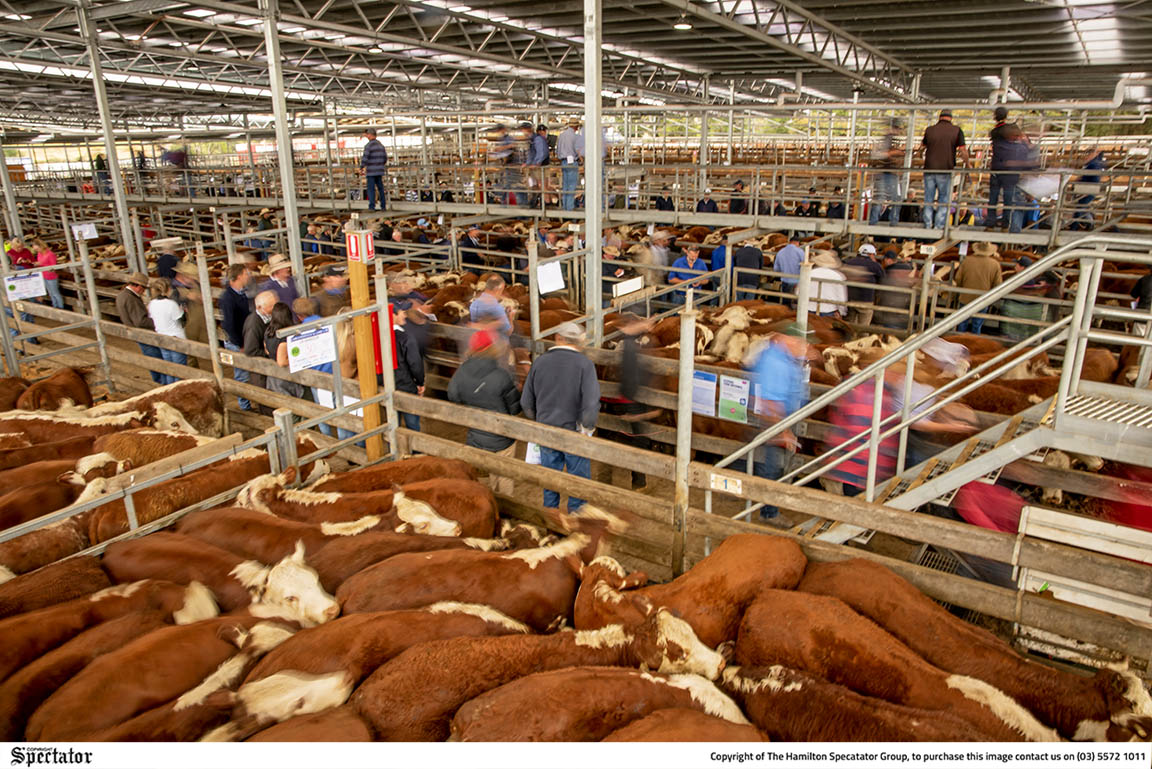 STRONG prices continued at days three and four of the Hamilton weaner sales with an average of 501c/kg recorded on Wednesday. Photo: CHRIS DOHENY.
By Blair Burns

At the opening of proceedings, LMB Livestock agent, Bernie Grant complimented the display of cattle and said “they present themselves very well”.

The top price overall was a massive 580c/kg with some cattle going for as high as $2101p/hd, and the heaviest for the day was 465kg.

The average price over all agencies on Wednesday was 501c/kg and $1682p/hd, with an average weight of 335kg, which was slightly lighter than the first few days.

“It was a pretty strong turnout with some incredible prices,” Mr Grant said.

“Once we got into the euro, the heifers were making the same amount as the steers.”