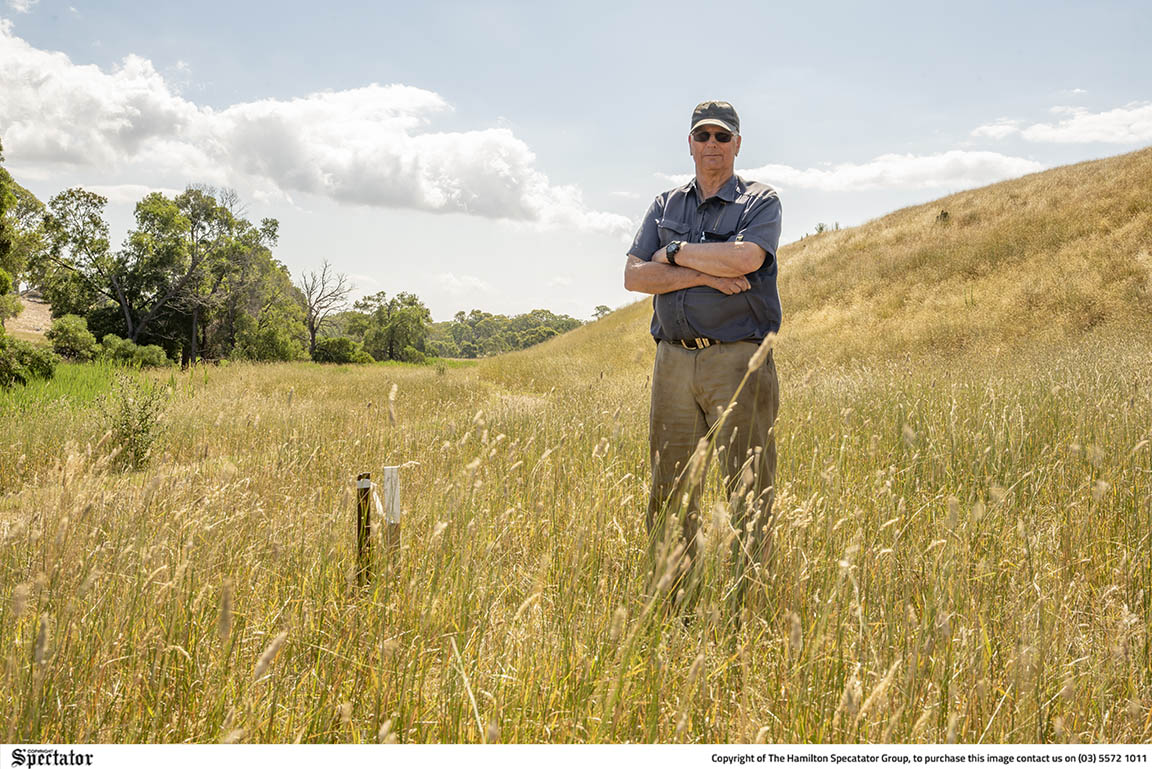 DUNKELD resident, Dion Ross is concerned Parks Victoria’s plan to put fences along the Grampians Peaks Trail walking track will limit “practical access” to his land and turn it into a “fire tunnel”. Photo: CHRIS DOHENY.
By Ash Bolt

A DUNKELD resident has been left frustrated by a Parks Victoria plan to build fences along the Grampians Peaks Trail and said it would limit “useful access” to a section of his property.

Dion Ross said he was concerned after Parks Victoria contacted him late last year and informed him it planned to build fences on either side of the walking track, which cuts through his 18-hectare property to the west of Dunkeld.