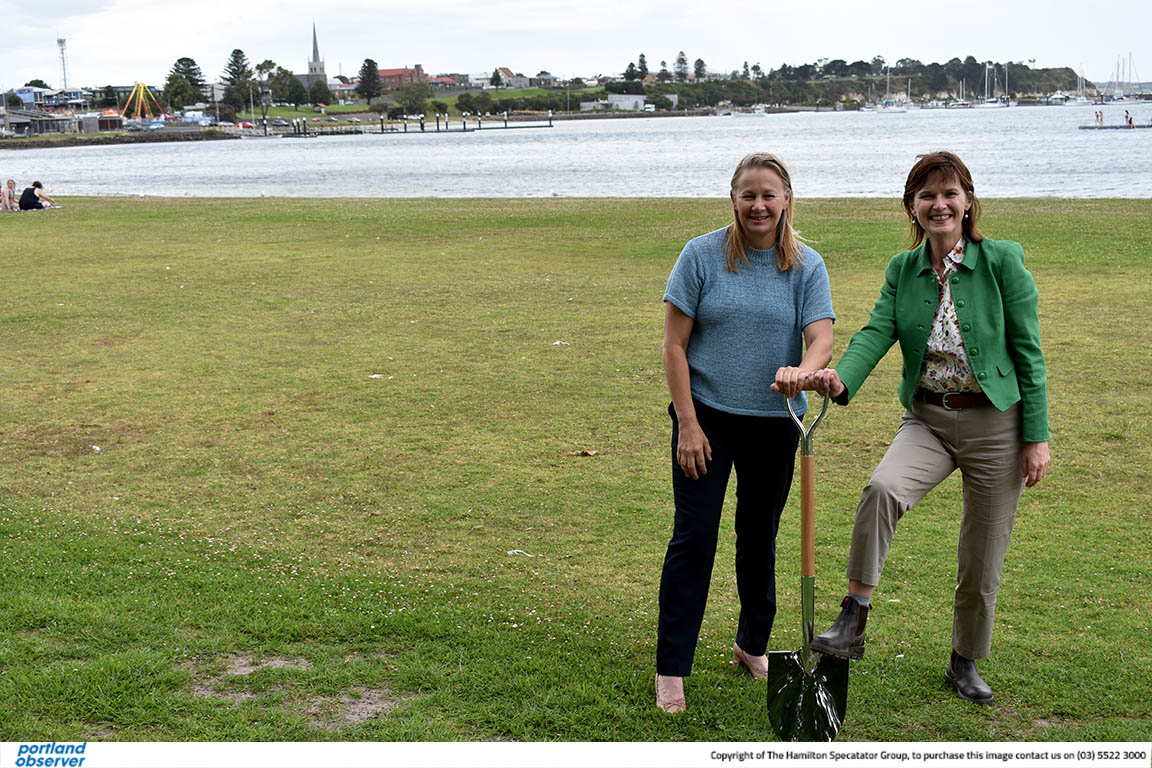 THE ceremonial turning of the sod has happened and work is underway on the Portland foreshore redevelopment.

Ms Thomas, who toured the region that day, including visiting the Budj Bim Cultural Landscape and prominent Purnim dairy farmer Lisa Dwyer (in her other role as Agriculture Minister), inspected where the $3 million in state government funding for the foreshore project will go.

Or in her words “to enhance what is a really attractive destination and seascape”.

“What we know is once you’ve been to a destination and experienced (the hospitality) you’re looking forward to receiving them back.”

It was also good to hear that the $200 voucher scheme to encourage visitors to regional areas was also proving popular.

“(Melburnians) are getting out further than before and discovering their own backyard,” Ms Thomas said.

“We’ve got so many strengths in Victoria, so many opportunities, we’ve got to think about how we grow from that.”

But it wasn’t just about tourists.

“These investments (such as the foreshore project) have got to be about expanding local amenity (as well),” she said.

“This money was for shovel ready projects… putting money in where (the council has) done all the hard work.”

Ms Thomas said she also looked forward to receiving a briefing from Glenelg Shire Council on how the two levels of government could work together in future.

Cr Rank said the foreshore redevelopment also benefitted local contractors who were doing the work and would make it a “better, safer and more accessible place for our community”.

“Above all the redevelopment will ensure our jewel in the crown foreshore area can reach its fullest potential, offering a unique and inviting visitor experience for all,” she said.

The redevelopment – including pathways, a new town jetty and expansion of the marina among other things, is expected to be completed by late 2021.

Apart from the state government, it has also received funding from the federal government’s Local Roads and Community Infrastructure Program.