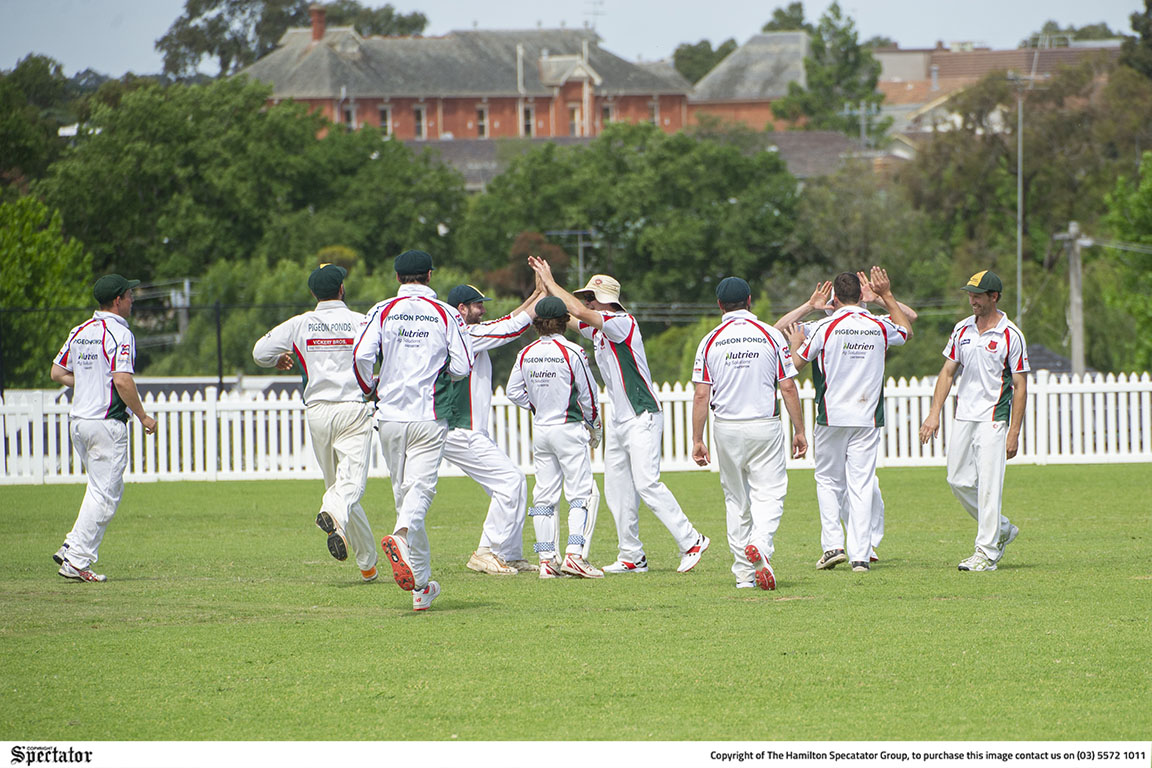 PIGEON Ponds will be hoping to celebrate more success during the second half of the season. Photo: LAUREN HAY.
By Mitch Lang

AFTER playing in the club’s first Hamilton and District Cricket Association A grade final last season, Pigeon Ponds has taken its play to the next level and currently sits on top of the ladder.

The Ponds boys had a disappointing end to last season, but the additions of Jack Beaton, Aiden Sutherland and Luke Merryfull have boosted the team’s premiership aspirations.

Being at the top of the ladder means they will become the hunted through the second half of the season, but the team’s success to date is something its captain didn’t predict.

“It’s a great feeling to be on top of the ladder at the midway point of the season,” Peter Staude said. “I certainly didn’t predict it at the start of the year especially after our round one performance.”