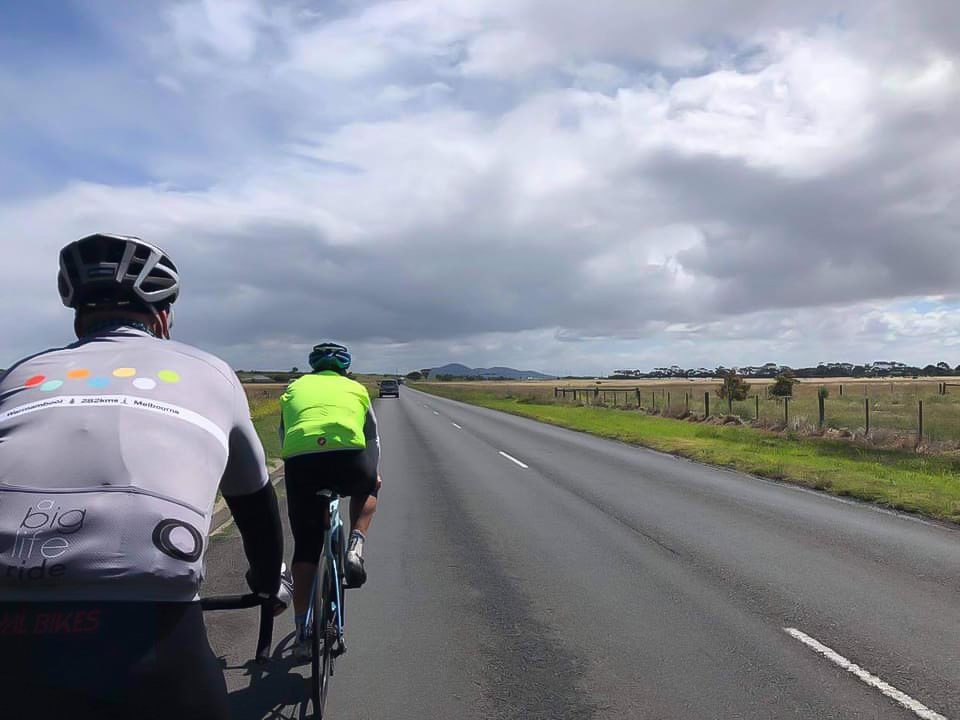 SOUTH-WEST cyclists joined forces over the weekend, riding from Warrnambool to Melbourne in the Big Ride for Big Life event. Photo: SUPPLIED.
By Blair Burns

AROUND 50 cyclists came together to take part in the Warrnambool to Melbourne Big Ride for Big Life on Friday, raising funds for Big Life.

All cyclists were farewelled by Warrnambool City Council mayor, Vicki Jellie at 4am and braved the weather as heavy rain hit the dedicated riders.

There was a great mix of riders from different places with “social cyclists to elite cyclists, both men and women” participating.

The ride was a huge success raising over $60,000 and doubled the number of participants from the year before.

The money raised was donated to A Big Life, which works in regional schools to support kids and their mental health.

A Big Life has been a successful organisation due to the community growth and its focus on assisting kids to live a big life.

Event organiser, Shane Wilson was extremely pleased with everyone’s efforts, not only the cyclists, but the support crew and donors as well.

Under-12 Hurricanes girls fall short of victory
16 hours ago