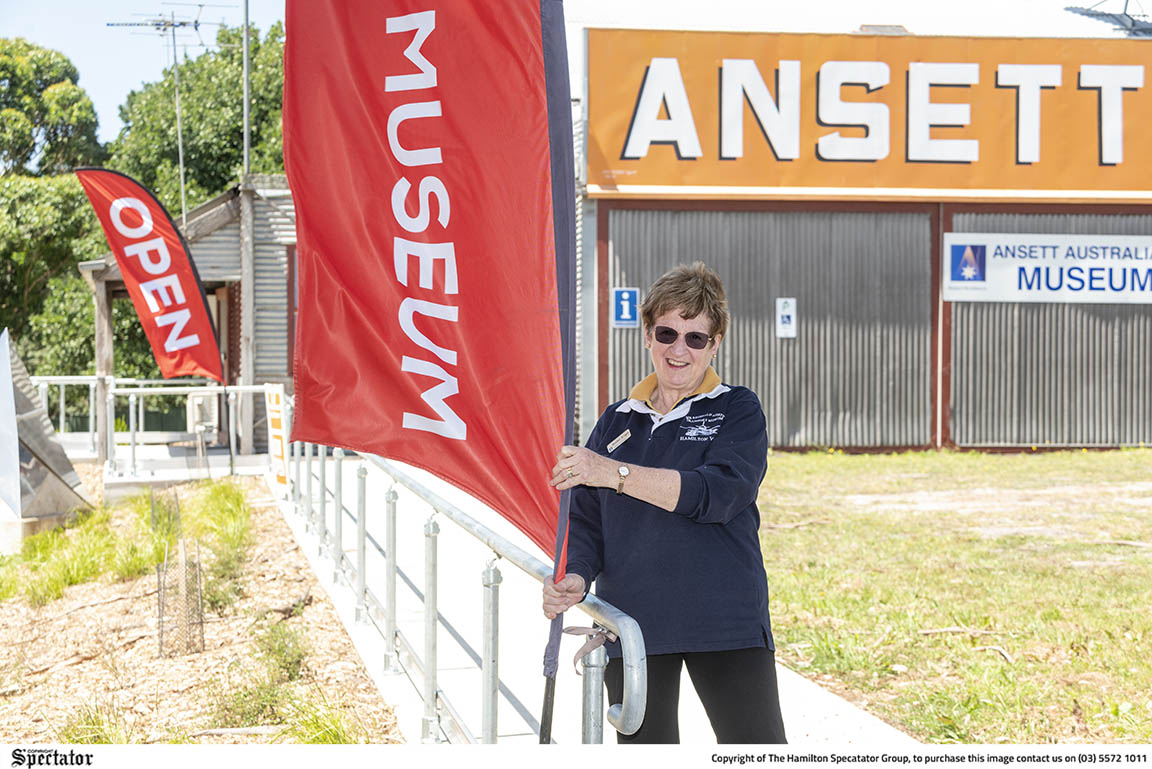 SIR Reginald Ansett Transport Museum committee secretary, Heather Krueger welcomes the community and tourists back to the museum after its 10-month closure. Ms Krueger said there is a plethora of memorabilia on display at the museum, however with a lack of volunteers, the facility will struggle to remain open seven days a week. Photo: LAUREN HAY.
By Admin

AFTER 10 months of closure the Sir Reginald Ansett Transport Museum has reopened and needs volunteers to stay open seven days a week.

“We closed the doors on the 22nd of March, and they remained closed until … we officially opened on Friday,” committee secretary, Heather Kruger said.

“We seem to be going well and getting more visitors - it’s great.”

Ms Kruger said the committee was glad to see people back and while numbers were slightly down for this time of year, momentum was expected to grow.

Volunteer numbers have dropped since closing in March, which could impact opening times if more helpers could not be found.

“We have 10 volunteers not returning, we are going to be battling to keep it open seven days a week like we have been,” Ms Kruger said.

“Due to a very small number of volunteers, we now ask that people travelling a distance make a booking to make sure there is someone there.”

Ms Kruger has been posting to the Ansett Museum Facebook page 10 to 15 times a day, which has helped maintain interest.

The posts include articles from the airline’s newspaper, and photos of uniforms, miniatures and collectibles.

Seachangers delighted at move
3 days ago