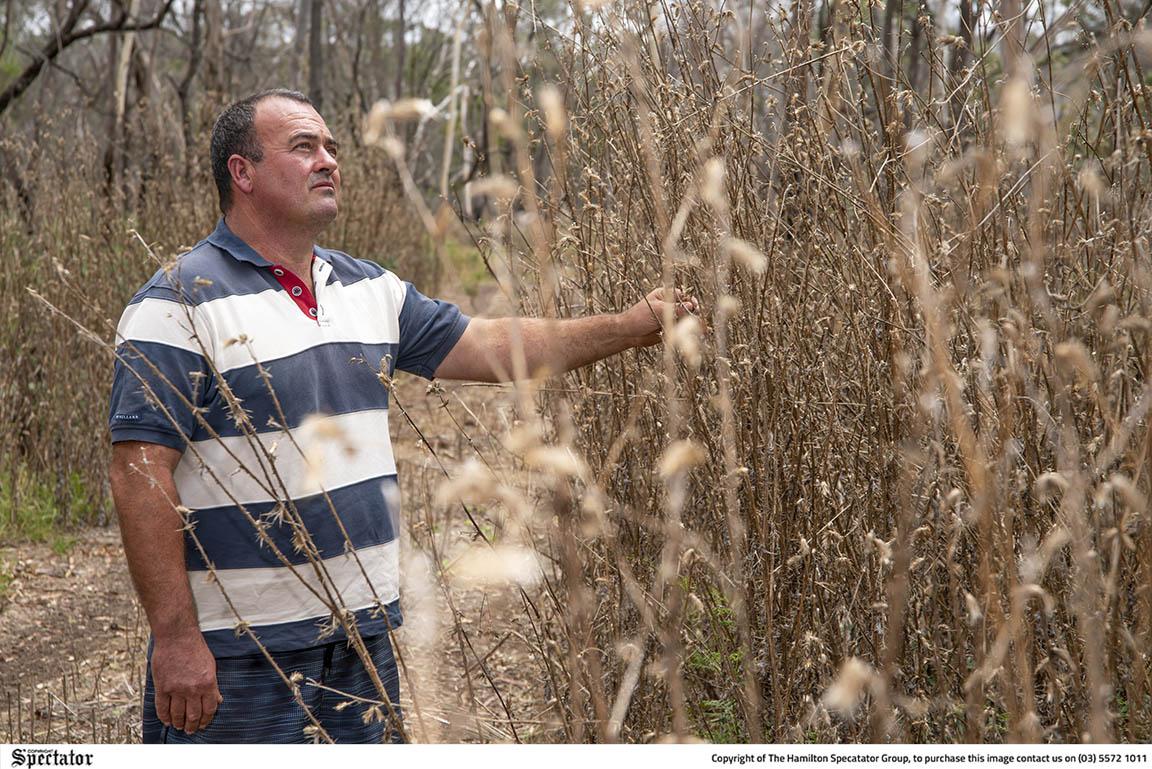 CRAIG Millard’s Homerton farm was one of two neighbouring Budj Bim National Park that were impacted by last summer’s bushfires. He said in the 12 months since, no maintenance had been done in the park to prevent future fires as vegetation had regrown quickly and posed a significant fire risk. Photo: CHRIS DOHENY.
By Ash Bolt

A HOMERTON farmer is concerned not enough has been done to prepare Budj Bim for the summer after last summer’s devastating bushfires, saying he believed the national park was a “death trap”.

Craig Millard’s farm, Grafton, was one of two properties neighbouring the national park that were impacted by last summer’s bushfires, which burned through around 7000 hectares in late December and early January.