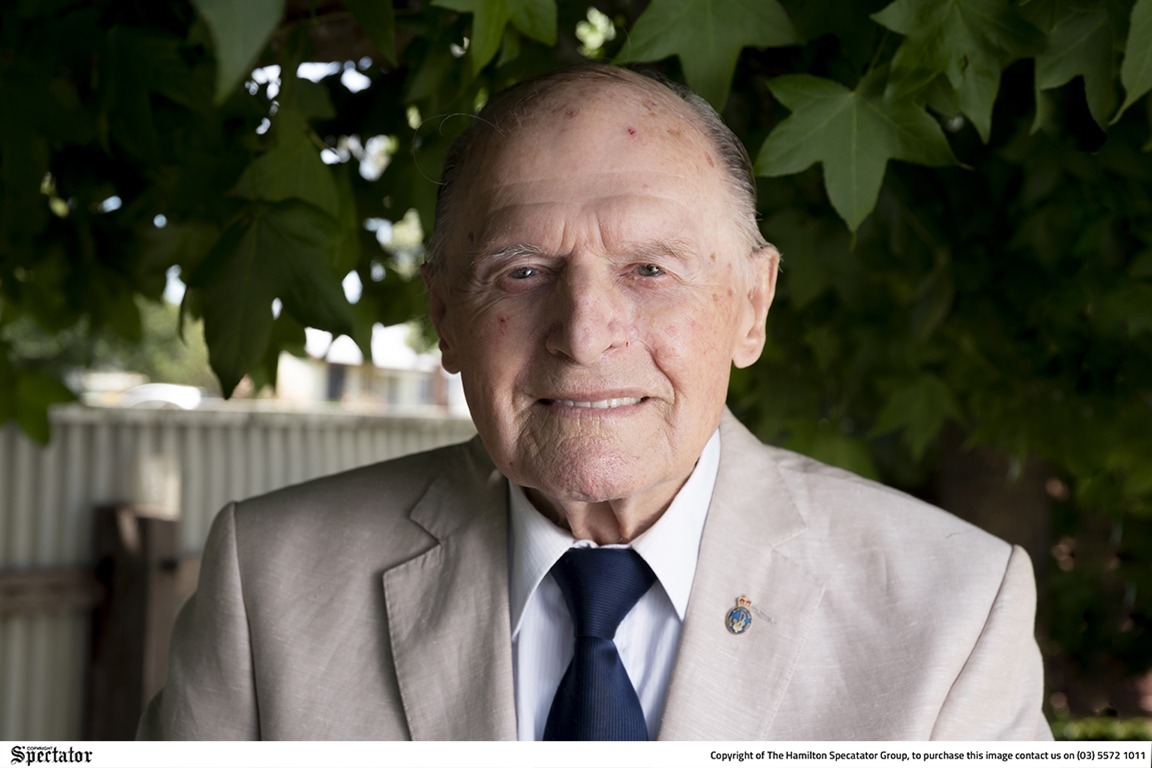 WWII veteran, George Habel’s many years of service for veterans and their families has been recognised after he was named as a recipient of the Order of Australian Medal. Photo: LAUREN HAY
By Allanah Sciberras

HAMILTON born, George Habel has been recognised for his significant service to veterans and their families in the Australia Day Honours List.

His passion and hard work for helping fellow veterans led him to becoming a recipient of prestigious Order of Australia Medal (OAM).

Reflecting on the award, Mr Habel said he was in “complete shock” to receive the letter in the mail.

“It was a bit of a thrill to hear about the award,” he said.

“It was a bit of a surprise and I didn’t expect it. It was mentioned by some of my friends some time ago, but I didn’t take much notice and I didn’t think I would receive it, so it was nice surprise for me.”

The WWII veteran was recognised for his work helping and assisting local veterans and their families who needed help with financial support, their health and general wellbeing.