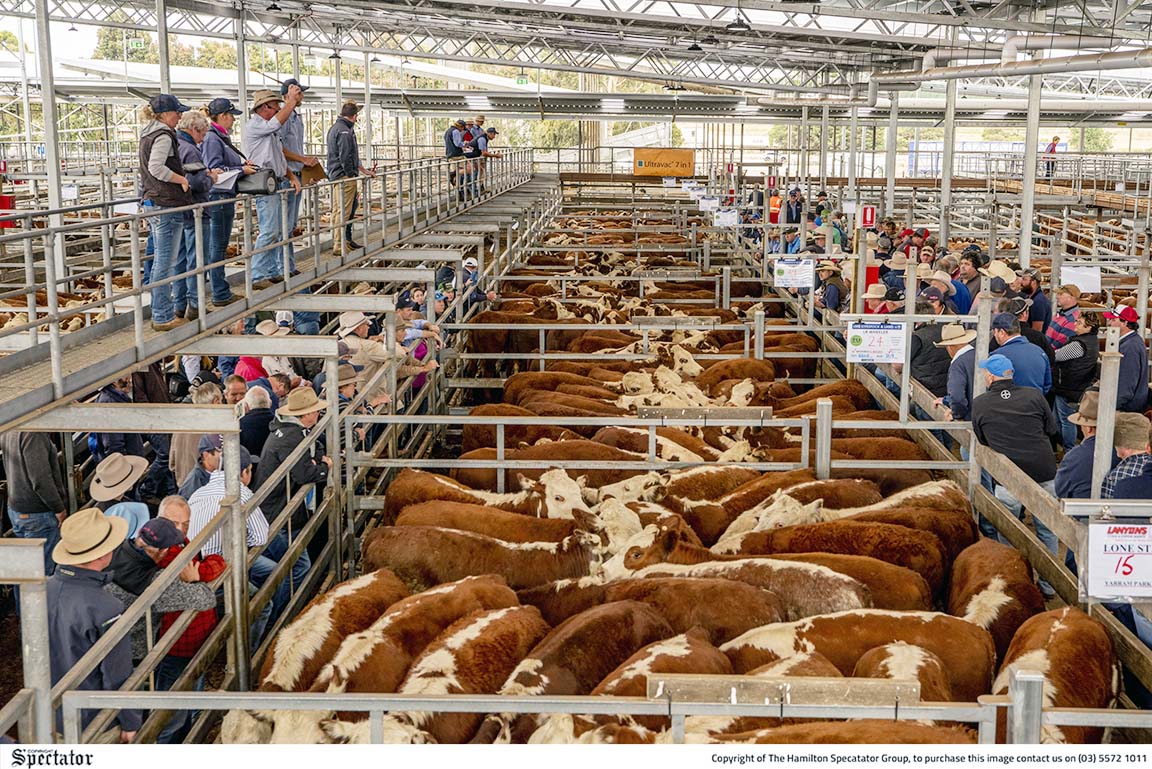 EXCEPTIONAL quality and grass-driven demand from northern states puts Hamilton at the top of the table, as the highest-grossing Victorian sale facility for 2021 weaner sale week.
By Kristy McDonald

SOUTH-West livestock selling yards are celebrating big achievements to kick-off 2021, with records smashed at Hamilton, Casterton and Mortlake and the three facilities setting the bar in a competitive Victorian market.

Hamilton agents topped the yardings in state markets for weaner sales in the first week in January, with 10,438 calves sold over four days of sales under the new roof – around a quarter of the cattle auctioned state-wide, that week.

With an average price per head of $1682 for the week, Hamilton was the highest-grossing yard, with more than $17.5 million changing hands over the five days.

Hamilton also featured in the daily banking records, with the first sale day (January 4) moving almost 3500 cattle to a tune of more than $6 million - the second-highest-grossing sale for the week - followed by Mortlake which, on the same day, saw 3729 cattle gross $5.9 million.