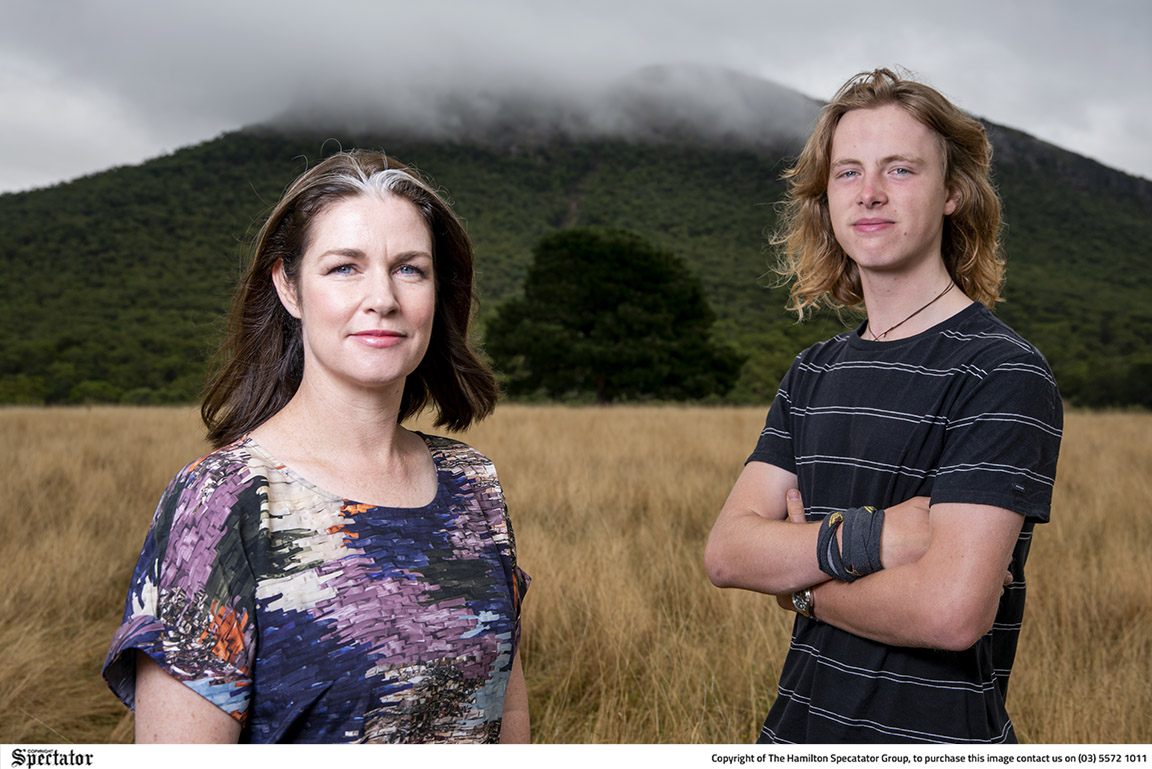 A CLOUD hangs over the site of the planned Dunkeld campus of School for Student Leadership (SSL) and Lowan MP, Emma Kealy, and former SSL student, Angus Thomson, 17, would love to see the project go ahead. See story Page 4. Photo: CHRIS DOHENY
By Mark Rabich

A GENEROUS gift of land in Dunkeld to be used for new campus of an unique school concept remains in limbo despite calls for the State Government to greenlight the project.

The School for Student Leadership (SSL) program has been operating since 2000, on an initiative by Liberal education minster, Phil Gude and its aim was to provide Year 9 students from all around Victoria with a life-changing wilderness peer group and adventure experience – an entire term away from home with around 40 other students dealing with a variety of challenges.

Out of their comfort zones, stripped of mobile phones and regular communication with family and friends, the students are confronted with their own strengths and weaknesses and use that awareness to build strategies for their own character growth and futures.

Former students, their families, teachers and communities surrounding the campuses have sung the praises of the schools and even local businesses saw consistent and measurable economic benefits.

Three campuses are currently in operation, Snowy River at Marlo in far-east Gippsland, another north of Glenormiston near Camperdown, and the original alpine school at Dinner Plain in the Victorian Alps.

As part of its ongoing expansion, the school also runs similar programs to China.

Even with all the positive advancement, SSL hit a snag with a local version of the concept.

In 2017, two new campuses were announced, Dunkeld and another at Don Valley, around 70km east of Melbourne in the Yarra Valley.

While both projects made it past the design stage at around $300,000 each, the latter went on to be built while the former remains an empty paddock in the shadow of Mt Sturgeon.

Seachangers delighted at move
3 days ago