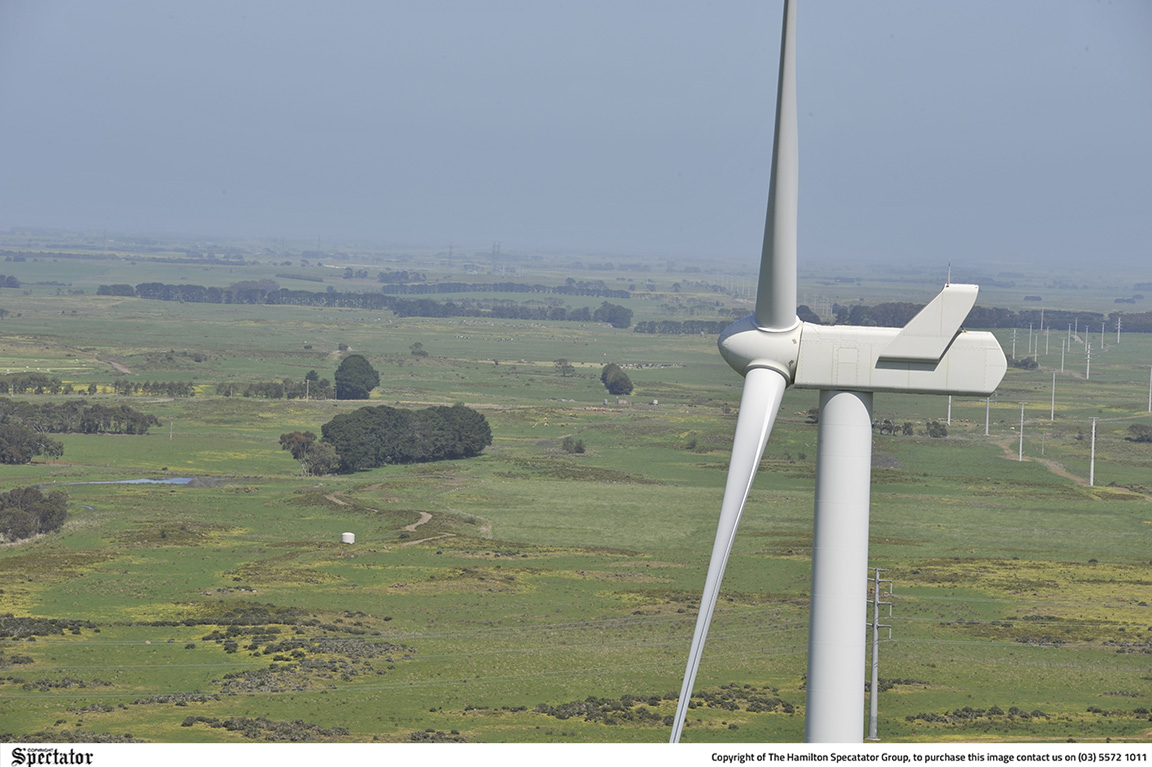 THE Moyne Shire is calling on the developer of the Hawkesdale Wind Farm to heed the community’s concerns over wind farm setbacks.

Moyne Shire mayor, Daniel Meade said the amendment was an opportunity for the wind farm to address community concerns by removing the turbines closest to the Hawkesdale township.

The location of the wind farm’s turbines, including some just 1.6km from the town boundary, has long raised concern for the Hawkesdale community and the Moyne Shire Council.

“Council is disappointed that the three turbines GPG are proposing to remove from the Hawkesdale Wind Farm are for operational reasons and not in response to community concerns,” Cr Meade said.

“Any change or amendment to the planning permit should see removal of the turbines closest to the township of Hawkesdale to increase the buffer between the town and the wind farm.

“The three turbines that GPG are applying to remove are not near Hawkesdale – if the company are reducing the number of turbines, they should be first removing the ones closest to the town.”