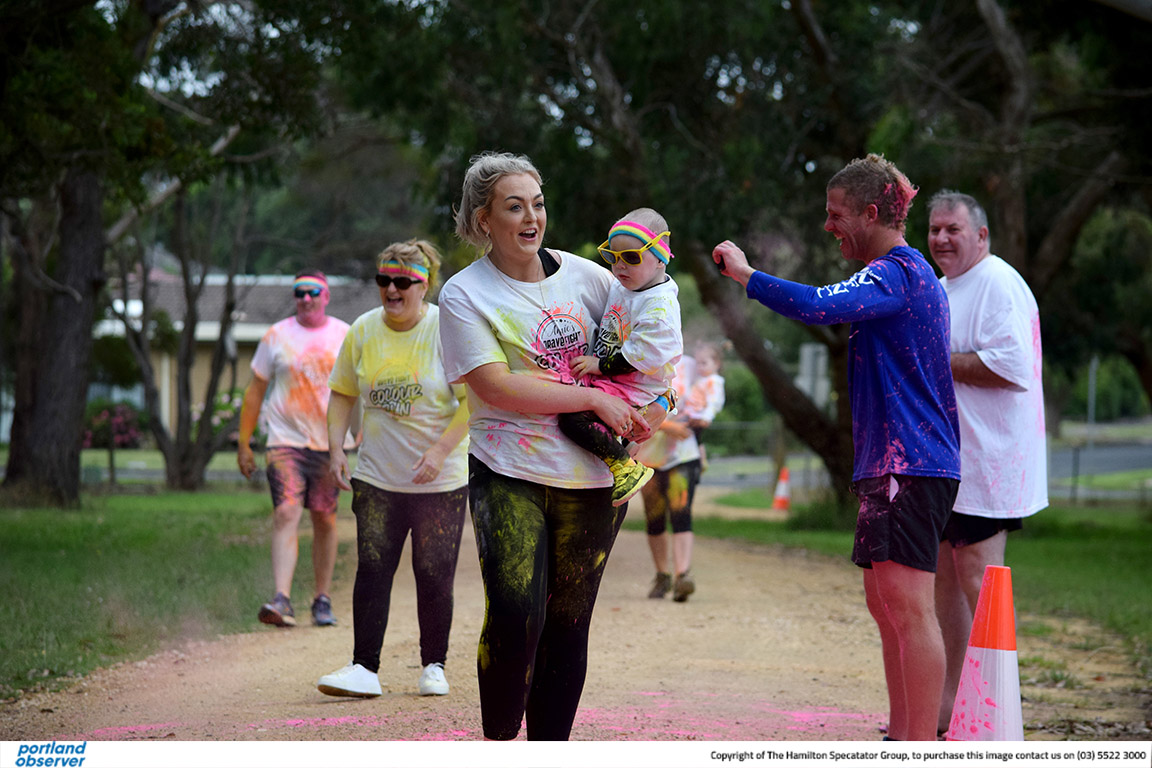 ANNIE Pender, 3, snuggled into the arms of her mum Shauni Morrissey during the colour run held in her honour on Friday, while Westerns football coach Marcus England is ready to add a splash of colour. The event, organised by the Westerns Football Netball Club, helped raise money to support Annie’s family while she undergoes treatment for leukemia. Picture: OLIVIA COTTIER 210129OC01
By Angela McFeeters

ANNIE Pender and her family had the most fun they have enjoyed in a long time, and many supporters came out to do it with them at Annie’s Colour Run on Friday evening.

The fundraiser was held to raise money to support the Pender-Morrissey family while Annie, 3, receives treatment for leukaemia in Melbourne.

Annie’s mother Shauni Morrissey said Annie and her other two children, one-year-old twins Nellie and Max, “had an absolute ball,” and the event had been “amazing.”

“What a fantastic community we live in,” Shauni’s mother Laurel Morrissey added, thanking everyone who was involved including organisers from the Westerns Football Netball Club, businesses, community groups, agencies and a performer.

The final tally of funds raised is yet to be calculated.

People who were unable to donate can make cash donations at Planet Kaos Portland or go to gofundme.com and search for “Annie’s brave battle.”