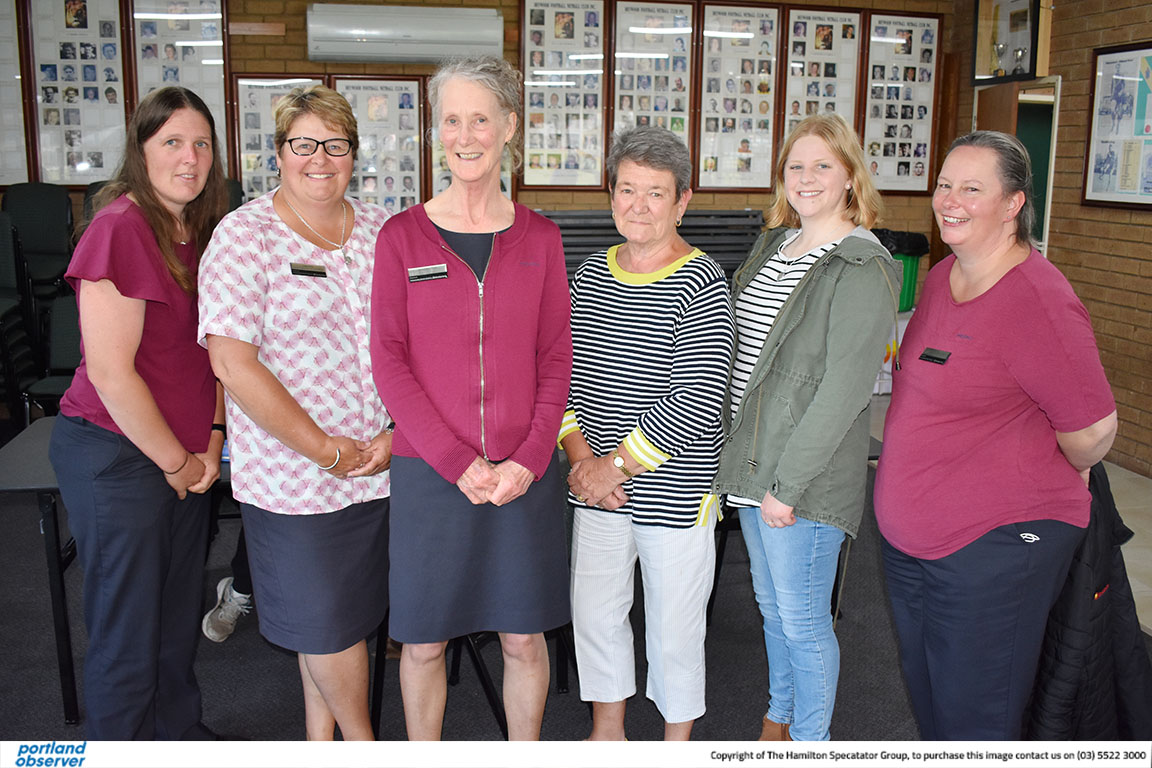 IT has been 10 years in the making but Heywood and District Community Bank has rewarded its loyal shareholders with the first dividend in its history.

And the current year is shaping up to be just as good or better, as the local community’s support for the enterprise has surprised even board members and bank staff.

The five cents a share dividend was declared at the annual meeting of the Heywood and District Community Enterprise (the holding company that operates under franchise from Bendigo and Adelaide Bank) at the Heywood Recreation Reserve on Wednesday night, following a fourth straight year of profit.

It also donated $26,156 to the community, down from about $42,000 the previous year largely due to fewer applications from community organisations during the coronavirus pandemic restrictions.

Chairman John Mitchell said the fact that the bank had been able to secure its financial standing had enabled the dividend.

“The exciting part about the steady growth is that we now find ourselves in a position to start returning a greater part of our profits back to the community,” Mr Mitchell said.

“Our hope is to continue to support community groups throughout our area as well as to support major community developments.

“We are still searching for that project. We have some ideas but a project that benefits the whole community and will be an asset for years to come is what we’re after.”

He also paid tribute to the bank’s staff led by branch manager Jennifer Tod for the result.

“In a difficult financial climate Jen and her team have started the new financial year strongly,” Mr Mitchell said.

Ms Tod said the bank transacted $80 million of business during 2019-20 “and we continue to be profitable”.

“I guess we thought it would be quiet because of COVID but it was probably one of our busiest years ever and continues to be so,” she said.

“We continue to be surprised by that. Our customer traffic through the branch was reduced at the start (of the pandemic restrictions), but it’s interesting it’s now building up again to previous activity.”

While the pandemic was heralded as the start of the cashless era, staff had noticed that “it’s all starting to change back again”.

Ms Tod said the bank’s reputation continued to grow with referrals now making up “a significant portion” of business.

“Our reputation continues to grow in our community,” she said.

That was echoed by the annual meeting’s guest speaker Craig Keating, who played a significant part in the founding of the bank.

“I believe the COVID is turning people away (from big business),” he said.

“I believe this is a kick forward for our bank. People don’t understand big business, how they work, I doubt anyone in this room does, but they understand Jennifer as branch manager.”

Mr Keating said he doubted anyone who invested in the bank back in the mid-late 2000s before its founding did it with the expectation of a financial return “but for a return to our community”.

“It’s really important that people stand up for this community bank,” he said.